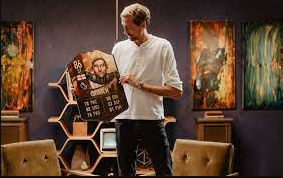 As we learned from Peter Crouch’s interview with Firsts for NME, the football legend does not disdain to play himself in FIFA.

“It’s been a long time, but when you show up at FIFA, it’s quite symbolic,” says Crouch, who admits that he played “forever” at Tottenham and Stoke while he was signed with each club.

“The first memory of where I play in FIFA was the days of [my] youth team when I was at Tottenham,” recalls Crouch. “I always remember going to the Milk Cup in Northern Ireland, we had a lot of downtime. I think I was about 15 — so playing then, I was a regular player.”

However, Crouch says that he did not have the opportunity to play EA’s latest game, FIFA 23. “I’ll be honest with you, my gaming career went downhill very quickly when I had four children,” admits Crouch. “I haven’t played it yet, but I’m sure it’s very good!”

Despite this, Crouch says the FIFA series has been fantastic for discovering new music over the years.

“Some of the best bands I’ve discovered — like Jungle, Everyone You Know — are both of the ones I still listen to, and both came from playing FIFA,” says Crouch, adding that Blur’s “iconic” song “Song 2” remains his favorite track. FIFA.

After retiring from football in 2019, Crouch was able to explore his musical side for a year — and although he has “been to most” festivals since then, there is one he has yet to attend. You can find out what kind of festival it is and watch the full Firsts video with Crouch above.

While you’ll have to return to NME soon to learn more about our Firsts interviews, there are many recent chats worth revisiting, including Firsts with NIKI, Liam Gallagher, Ira Starr and Maneskin.

The Cyberpunk 2077 board game is released on Kickstarter and immediately...