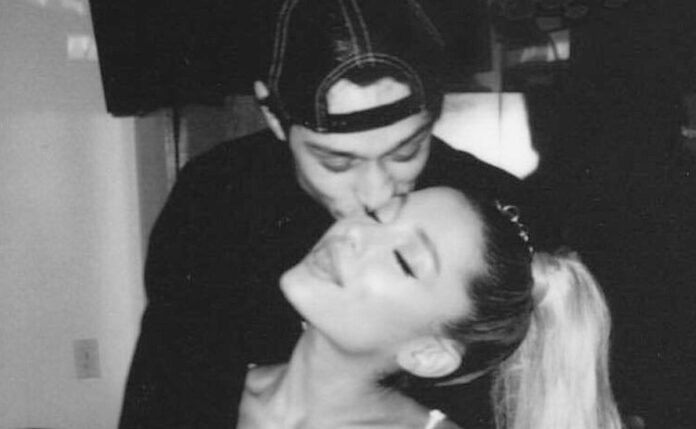 Ariana Grande and Pete Davidson lived a love story with ups and downs, even though they were engaged, they ended their plans to start a family and the comedian decided to remove from his body the signs of his relationship with the Positions interpreter

Pete Davidson and Ariana Grande began dating in 2018, their love captured the attention of their followers and their courtship flowed quickly, they got engaged after a few months of relationship.

The interpreter of ‘7 Rings’ and the actor broke their marriage engagement in October 2018 after the death of rapper Mac Miller, Ariana Grande’s ex-boyfriend, the unfortunate event was added to the attack at a concert of the star in the city of Manchester .

After the separation from her, Pete Davidson spoke about Ariana Grande in some interviews and in various special deliveries, the former Nickelodeon girl gave a dismissal from her career on the stage and they both walked away

A few hours ago, Ariana Grande and Dalton Gomez announced her engagement, the singer wore a beautiful ring adorned with precious stones such as diamonds and pearls, the news excited their fans and friends of both, who congratulated them.

Just as Ariana Grande turned the page of her love with Pete Davidson, he also gave himself other opportunities in love, was caught dating some girls and had a fleeting romance with model Kaia Gerber, daughter of Cindy Crawford.

When Pete Davidson and Ariana Grande were still dating, he made different tattoos in honor of her then fiancée, in her hand he placed the initials of the star and the silhouette of the mask that she used in the era of ‘Dangerous Woman ‘.

See Also
Is Ariana Grande is dating a guy similar to Pete Davidson?

The controversial comedian revealed on the King of Staten Islan program that he will remove the 104 tattoos that have adorned his body for years, Pete Davidson impressed the guests of the show, who were surprised with the statements.

Cole Sprouse (Riverdale) looks a lot like his parents!