Home News Pete Davidson was allegedly asked to take his mind Off the peacock... 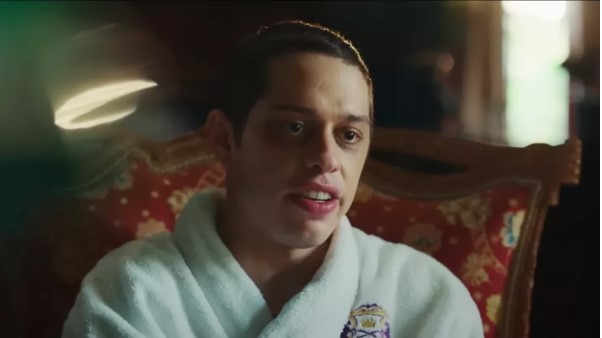 Pete Davidson has hit the headlines recently, mainly because the Saturday Night Live alumnus was working on a new comedy that will be available for streaming on a Peacock subscription. However, the production reportedly ran into trouble last week when Davidson had a nervous breakdown on set. It was claimed that the situation led to the comedian throwing two candles through the window and a cup of coffee into the walls. A new report now suggests that Davidson has since been asked to take a break.

Initially, it was reported that Pete Davidson wanted to “focus on himself” after the situation that allegedly occurred on the set of “Bupkis”. The Sun published the news last week and subsequently stated that the star’s apparent break was not voluntary. The news site claims that he was officially asked to take his mind off the show. Although he is expected to return to the set at some point this week, no exact date has been given.

Another interesting point was also noted in the update of The Sun. According to the news agency, the “King of Staten Island” star was under considerable pressure. According to the source, at the time when he reportedly had a crisis, it became “too much” for him. At the moment, neither the actor’s representatives nor representatives of Universal Television have provided official comments on this matter. In fairness, it should be said that this is an amazing situation, because such a step on the part of the studio does not happen so often.

Bupkis promises to be Pete Davidson’s most personal work to date. The series, executive produced by Lorne Michaels, was advertised as a fictionalized version of Davidson’s life. It is reported that in the series he will play an enhanced version of himself, although they say that the stories are based on reality and correspond to the events of the comic. Veteran actors Joe Pesci and Eddie Falco work with him on a regular basis in the sitcom. The half-hour comedy will also feature a cavalcade of guest stars, including Davidson’s former SNL buddy Kenan Thompson, as well as Charlie Day, Ray Romano and others.

Last year was something of a whirlwind for Pete Davidson, mainly because he was dating Kim Kardashian. Davidson and Kardashian’s relationship has attracted a lot of attention, and they have repeatedly gone viral. However, they eventually called off the relationship in August after nine months of dating. The romance allegedly ended due to the fact that it was difficult for the two stars to maintain it due to their busy schedules. The long-distance element that came into play when Davidson was shooting the film in Australia was also reportedly a factor.

One of those who seemed happy with the end of the relationship was Kim Kardashian’s ex-husband Kanye West. Against the backdrop of romance, West declared a “civil war” to the graduate of the “Suicide Squad” and attacked him several times on social networks. After the comedian broke up with Kardashian, West took to Instagram to roast him again.

A report detailing Pete Davidson’s alleged thoughts on Ye’s recent controversial comments said the rookie alum was “much happier” after his social media arguments with the rapper ended. However, the recent collapse suggests that he is still having a hard time. One can only hope that Davidson will be able to sort it out and return to Bupkis after such an unusual turn of events.