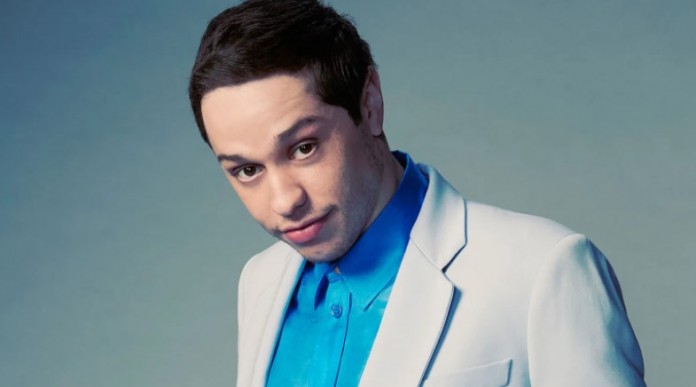 The Hollywood Reporter and Variety reported on Friday, May 20, that Davidson, 28, is expected to leave the sketch comedy show after the season 47 finale on Saturday, May 21.

The “King of Staten Island” star originally joined the show for its 40th season in 2014. At that time, he was only 20 years old, and he was one of the youngest actors in the series.

After he gave an unusually sentimental performance during the finale of the 46th season of SNL in May 2021, fans began to wonder if Davidson was ready to end his comedy career.

“It’s been an emotional week,” the New York native told Gold Derby in June 2021 when asked about his sincere words on the episode. “Speaking for myself, I do not know what the plan is. Now everything seems to be hanging in the air, it just depends on the schedule.”

The Big Time Adolescence actor also noted at the time that his contract had expired.

“This is my seventh year, and that’s what the contract is usually for,” he added. “[The final] was very emotional. I’ve worked with these guys for a quarter of my life. …I started with acne, and left with tattoos. It was just a crazy, long period of time, and [I] wasn’t ready for the end of the season yet because I had so much fun.”

According to Davidson, the fact that he saw a full audience for the first time since the beginning of the COVID-19 pandemic also caused him emotions.

“Just hearing this laugh is like the laughter of the whole hall… I am very excited to be able to perform in front of a full crowd again,” he said. “It was just a crazy night.”

A month before, the comedian announced that he was ready to move on in his career. “Yes, I’m fine,” the “Dirt” actor told The Hollywood Reporter in May 2021. — I’m surprised that I lived to see seven [seasons]. I’m ready to hang up my shirt.”

Nevertheless, Davidson stayed on for the 46th season, which premiered in October 2021. In the same month, the comedian worked alongside Kim Kardashian during her debut on SNL.

In April, the duo made their red carpet debut at the White House Correspondents’ Dinner in Washington, DC. A few weeks later, they performed again as a participant at the 2022 Met Gala in New York.

“Everyone in Kim’s family absolutely adores Pete and loves Pete for Kim. He fits so well into her life and into her family,” a source told us in May after the couple walked both red carpets. “Kim also made Pete grow up and think seriously about his future and business.”

SHINee remembers Jonghyun with love on his death anniversary