Home News Pete Davidson Allegedly had a nervous breakdown on the set of the... 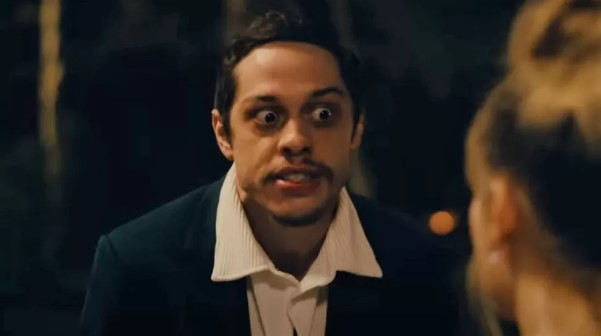 Sources report that the comedian caused damage to the set of Bupkis.

Pete Davidson has been making headlines more and more over the past year thanks to a high-profile (but short-lived) relationship with Kim Kardashian, the “civil war” waged against him by Kanye West, and a burgeoning acting career. after his exit from the show “Saturday Night Live”. However, the actor appears to have stumbled into a bump in the road, as it was reported that he caused significant damage after being injured on the set of his upcoming streaming series “Bupkis.”

It is reported that filming of The Peacock Bupkis series, a half-hour comedy that has been described as a fictionalized version of Pete Davidson’s life, began this month. However, the main actor and screenwriter are now apparently taking their time to “focus on themselves” after what The Sun describes as a “crisis” allegedly occurred on the set on October 27. An insider close to the shooting said:

Pete threw two candles into his trailer and damaged the windshield of the second truck. He also threw coffee on the walls and folded the TV in half inside his trailer. Apparently, Pete was given a little time to collect his thoughts and focus on himself.

The source could not say what led to Pete Davidson’s alleged actions, but they said he was not on set on October 28. The Bupkis, which will be available for streaming on a Peacock subscription, also stars Sopranos alumni Edie Falco and Joe Pesci. It was recently announced that Davidson will reunite with Kenan Thompson, as the cast of “Saturday Night Live” is one of six actors who played the main roles, along with Charlie Day, Brad Garrett, Simon Rex, Ray Romano and Chase Sui Wanders.

Pete Davidson has been busy since leaving SNL; just this year, he appeared in the films “I Want You Back,” “Bodies, Bodies, Bodies,” “Good Mourning” and “Meet Honey.” He also participated in the filming of two films — “House” and “Wizards!”, the latter of which sent him to shoot in “Down Under the Ground”.

When he was in Australia, his relationship with Kim Kardashian ended after nine months. Despite the fact that the two had strong chemistry and, it would seem, they were becoming more and more serious — Pete Davidson was even seen on a solo walk with her son St. West, and he had children’s initials tattooed on his neck – their age difference may have played a role in the breakup. because they were apparently in different places in their lives. It is reported that the comedian was upset about the breakup and relied on his Wizards! co-star Orlando Bloom for his support.

More recently, it was reported that Pete Davidson showed support for Kim Kardashian, and her estranged husband Kanye West was criticized for ambiguous behavior, including anti-Semitic comments. Sources say that although they are no longer together, he feels bad because he knows that Ye’s behavior affects the Kardashian star and her four children.

Hopefully, the Bupkis actor will find the time he needs to heal and return to the set. Meanwhile, fans can see the comedian by streaming his other projects, including Meet Cute on Peacock or I Want You Back with an Amazon Prime subscription. He can also be seen joking about his feud with Kanye West in the Netflix stand-up special “Pete Davidson Presents Best Friends.”

Lupin: 8 questions that season 2 has to answer