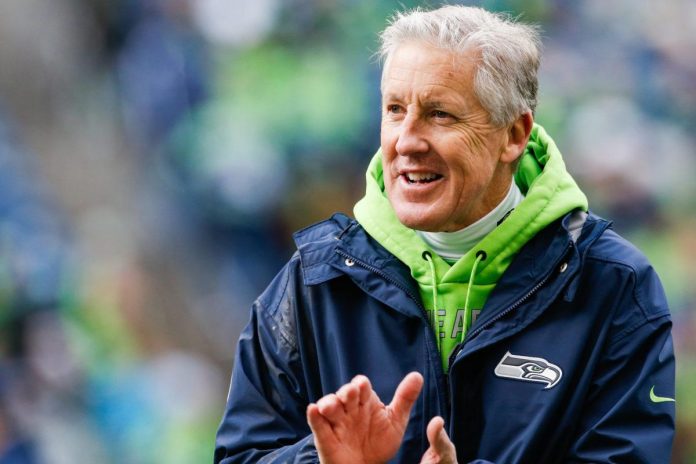 The Seattle Seahawks have one of the most intriguing quarterback battles in the league ahead of the 2022 NFL season.

The team’s starting position is being discussed for the first time since 2011— a year before it selected now-Broncos QB Russell Wilson.

Head coach Pete Carroll has consistently called Smith the leader of preseason QB contests. This fact has not changed as of training on Tuesday.

“Geno Smith is still leading the QB competition and starts Saturday,” Pete Carroll says, according to Seahawks insider Michael—Sean Dugar of The Athletic.

Ranked first in the Seahawks’ depth chart, Smith will notice a start in the team’s first preseason games against the Pittsburgh Steelers on Saturday.

Smith appeared in three starts during Seattle’s 2021 campaign, gaining 702 yards passing, five touchdowns and one interception. Thanks to this playing experience, the reserve veteran has some valuable knowledge about the Seahawks’ offensive system.

Although Smith currently holds the No. 1 position, this may change before the first week. Lock reportedly made an impression during his first training camp sessions with the Seattle organization.

Who would you like to see in the Seahawks’ starting lineup?