Home Entertainment PES 2022: You Can Now Download Its First Beta For Free On... 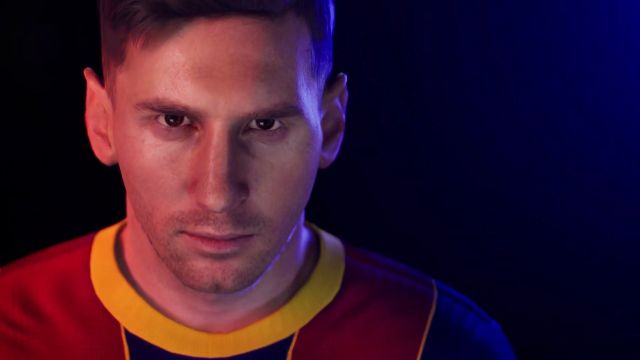 PES 2022: This is a technical demo of eFootball PES 2022, but it is focused on evaluating the connection quality of Konami’s servers. For decades, Electronic Arts and Konami have been the two main competing companies in the field of football video games. Although currently EA is the one that sweeps sales, Pro Evolution Soccer also had its golden age. The Japanese have not forgotten their saga as they are working on eFootball PES 2022 with the new generation on the horizon. Now, by surprise, the company has published a technical demo of the new installment of the saga, which can now be downloaded for free on PS4, PS5, Xbox One, Xbox Series X and Xbox Series S (the game will also be released on PC).

New Football Game Online Performance Test is the name of this demo, which has been designed to evaluate the stability and quality of the connection of the servers. It will also help Konami to analyze if the performance of its matchmaking system works as it should, all with the idea of ​​developing the future installment of the saga.

The Japanese remember that all elements of the game, including controls, balance and graphics are still in development, so there may be changes in the final version. “We hope this game pretest will serve as an appetizer before the official launch.” It should also be noted that this demo has cross-play between systems of the same family.

The New Football Game Online Perfomance demo is available in the digital stores of the main systems and allows us to play with FC Barcelona, ​​Manchester United, Juventus and Bayern Munich.

10 Songs That Are Trending Thanks To TikTok

Imagine The Sims 5 with Unreal Engine 5 and Ray Tracing