Home Entertainment PES 2022: Konami Launches A Survey To Ask For Feedback On The... 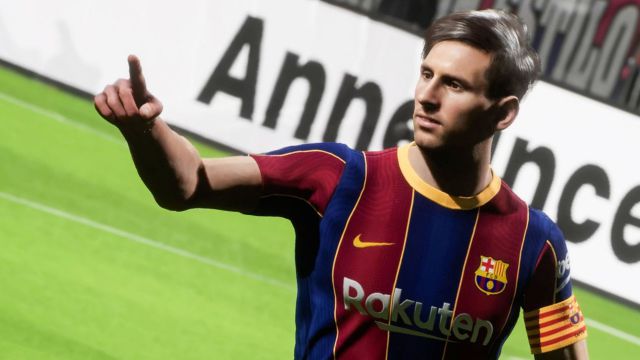 PES 2022: The Japanese company surprisingly published a demo designed to analyze the correct functioning of its online servers.PES 2022 has yet to be officially unveiled as such, but Konami posted a technical demo of its new football simulator on the PlayStation Store and Microsoft Store (which they are not referred to as PES at any time). New Football Game ‘Online Performance Test’ is a trial version designed to analyze the stability and connection of online servers. Now, the Japanese have shared a survey with which they intend to gather feedback for the commercial video game.

As you can see in the survey, all the questions (in English) are focused on the servers and the matchmaking system. Konami made it clear that the demo had not been shaped with the gameplay and graphics in mind. In fact, they said the following about her: “All the elements of the game (controls, balance, etc.) and all the graphics are in development. Everything is subject to change, and many of these elements will improve in the future ”.

PES 2022 will change the game engine

The Fox Engine, the technology created specifically for Metal Gear Solid V: The Phantom Pain, has been applied to the most recent games in the eFootball PES series. However, the company has decided to put aside this graphics engine now that the new generation is already among us. From now on, the next titles in the series will be adapted to Unreal Engine, a leap with which they intend to benefit from the potential of the most current machines.

Konami announced in 2020 that it was already working on a version for PS5, Xbox Series X and Xbox Series S, although they have not yet provided any new details. The technological change is an important step, so the developer preferred to limit itself to launching a version with template and player updates in eFootball PES 2021. They wanted to focus on polishing the playable and visual experience of the next installment of the saga.

Fortnite: files suggest there will be collaboration