Home Entertainment Peru Confirm The Premiere of BLACKPINK The Movie: When And Where To... 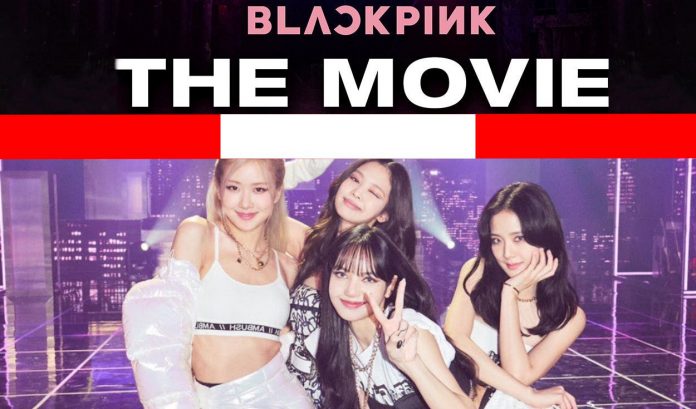 Cinemas in Peru confirm the premiere of BLACKPINK The Movie: when and where to see the film. BLACKPINK’s film will hit theaters in Peru. Local BLINKs are getting ready to see the big-screen debut of Jisoo, Rosé, Lisa, and Jennie.

The premiere of BLACKPINK The Movie in Peru is getting closer and closer. After the CineStar announcement, other companies in the field in the country are adding the film to their billboard. In which local cinemas will it be available and since when?

The film that marks the debut of BLACKPINK on the big screen has been causing a global sensation and now BLINK Peruvians are sure that they will see this important launch of PROJECT 4 + 1.

What is BLACKPINK The Movie about?

A vibrant journey to the rhythm of the K-pop girl band’s biggest hits can be expected by fans of this film, unlike the Netflix documentary, which mainly showed the members’ preparation process.

In addition to excerpts from The show and other concerts, the film includes previously unreleased joint and individual interviews. There will be no shortage of dedications that will thrill BLINK regardless of whether they have followed the idols since their debut or joined the adventure at some point during their five-year career.

Post-credit scenes on BLACKPINK The Movie?

Respecting the right of their cofans to see the film without first suffering the fearsome spoilers, BLINK who already enjoyed BLACKPINK The Movie recommend that those who will see it stay until the post-credits end, as there would be a special element prepared by the Korean group.

BLACKPINK The Movie in Peru: CineStar

On August 5 at 6.43 pm (local time), CineStar became the first company in the industry in Peru to announce the arrival of BLACKPINK The Movie to its theaters. As for the exact date, the chain that opened its doors to the public in mid-July assures that it will confirm this data soon.

Minutes after the news from CineStar, Movie Time Cinemas Peru also revealed the inclusion of the film on its billboard. On exact times, dates, and venues, like its predecessor will detail this information soon.

BLACKPINK The Movie at Cinemark Peru

Cinermark is one of the companies that project the film in most of Latin America and now adds Peru to this activity. On the afternoon of August 6, the network revealed the first details of the premiere of the film project created especially for the band’s fifth anniversary.

This is the description he shared on social networks: “Did you think we weren’t reading them? In the following week, we will announce the great news. What we can tell you is that it has to do with Jisoo, Jennie, Rosé, and Lisa on the big screen. Don’t leave our networks on Facebook and Instagram! ”

It has arrived on August 8, 2021, in South Korea, therefore, BLINK around the world is celebrating the fifth anniversary of BLACKPINK.

On a day like today, but five years ago, the music scene welcomed Lisa, Jennie, Rosé, and Jisoo as a group to the rhythm of “Whistle” and “Boombayah”.

As part of the celebration, BLINK takes global trends with hashtags related to the date. #BLACKPINK5thAnniversary is the main one.