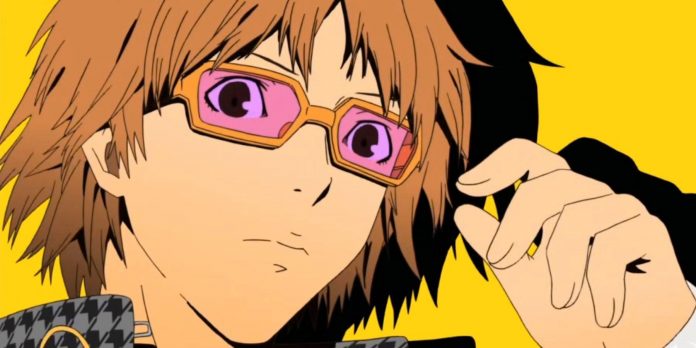 While Final Fantasy may still dominate the JRPG space, there are several franchises that are hunting for its crown. Persona is one such series, rooted in the original PlayStation, and its latest major release on PlayStation 4 has received overwhelming critical praise. Thoughtful character development, sophisticated leveling systems and great presentation are important pillars of Persona, and despite the fact that it has been presented on several platforms, it has always been loved by fans of portable games.

The Nintendo Switch is one of the best portable gaming devices in the last two decades. Its impressive and amazing ascent to the top was achieved thanks to innovative functionality and an exceptional list of games on offer. Among these games there are many Japanese role-playing games that will satisfy fans of the genre, from Xenoblade Chronicles to Pokemon, so Persona will fit perfectly into the Switch ecosystem. To deny fans of the system or franchise the opportunity to experience any of the main Persona games on Switch would be a disgrace and would negate the potential inherent in the PlayStation Vita and PlayStation Portable.

Persona may have started on the original PlayStation in 1996, but its willingness to find a home on portable devices makes it almost synonymous with games on the go. From Persona 3 Portable on PSP, which became a success and became a cult, to the final version of Persona 4, which became one of the best games for the underrated and misused PlayStation Vita, the franchise reveled in its ability to play on the go. The connection between Persona and handheld games extends even to Nintendo, as Persona Q: Shadow of the Labyrinth offered a new perspective for the series on 3DS. In this case, to miss the Switch would not only be a terrible shame, but also a shocking omission.

Persona’s gameplay is great for portable games. Randomly generated dungeon designs, lots of social links, and dialogues that go on for a long time are perfect for the lift-let-go philosophy. Going through several floors in a dungeon in Persona 4 Golden is a great way to spend time on a morning trip, and investing in some dark but mechanically light plot rhythms in Persona 3 Portable when players have five minutes to spare is where the series really shines. One of Persona 5’s biggest challenges has been its length and pace, but when it can be experienced over several months in the form of short bursts of gameplay, it’s much easier to digest.

A character in Smash Bros.

Receiving an invitation to join the celebration of Super Smash Bros. it is an occasion for celebration in the industry. Crossover Fighter is one of the most beloved series in all games; its willingness to attract characters from all corners of the industry is impressive, and it’s a real treat for gamers. Among these inclusions there are always a few that really surprise. Inclusion of Solid Snake in Smash Bros. Brawl came as a complete surprise, and the same could be said when the Joker from Persona 5 was included in the Smash Bros. DLC. Ultimate. No one expected this, and today it is the only thing that can boast of the magnificent aesthetics of Persona 4 Golden on Switch.

Fighting in an arena decorated in the colors of Persona 4 Golden and accompanied by some iconic songs from JRPGs for PlayStation 2 is fine, but it’s a shock that Smash Bros. recognizes the existence of Persona without introducing the main games of the series in the system. As for Solid Snake, we can say that the original Metal Gear game was on the NES, so he has a short history with Nintendo. Persona 3, 4 and 5 do not have such a past, so the inclusion of the series in Smash is curious.

A character in the Game Pass

After the announcement at the Xbox and Bethesda exhibition that Game Pass will release three Persona games in 2023, fans were left delighted and confused. Since Persona has always had a strong relationship with portable devices, it was a heady moment when the series found a new home so early with the only company that doesn’t have a dedicated portable device on sale. Game Pass is a platform that continues to gain momentum and proves that the subscription model can work with both games and TV and movies. To see Persona on the service is not necessarily shocking, but the fact that it was introduced in Game Pass before Switch puzzled and disappointed more than 100 million owners of the Nintendo hybrid system.

Thanks to the success of the Nintendo Switch and the recent introduction of the Steam Deck, 2022 will be the most suitable year for the industry to give Persona 4 Golden and Persona 3 Portable, in particular, time under the sun.

Cobra Kai: Tanner Buchanan is sanctioned for behavior we all suspected