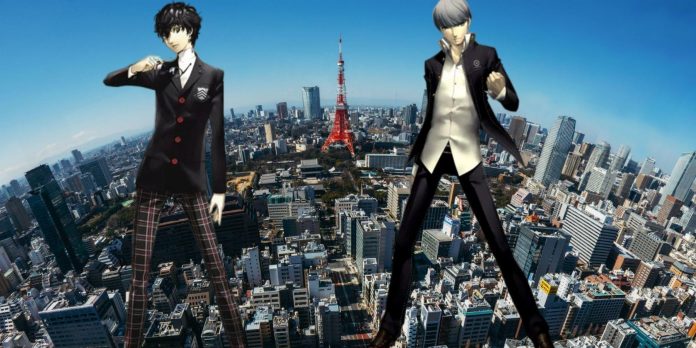 Persona has become one of the few JRPG franchises that has achieved widespread mass success, so expectations for the continuation of Persona 5 from Atlus are huge, although Persona 6 has not yet been announced. Persona 5 brought the series back to the homes of both regular gamers and devoted fans, as its gorgeous visuals, memorable characters and jazzy soundtrack made an indelible impression when it was released in the west in 2017. Persona 5 Royal has expanded the horizons of the game and the future release on the Nintendo Switch of the last three parts of Persona will undoubtedly encourage more fans to give the Atlus-developed property a chance. Persona 6 is still a long way off, but there are plenty of theories about how it will advance the formula and where it will go.

Persona 5 is very different from its predecessor, perfecting facets and delivering higher production value than ever before. Persona 4 Golden is one of the best PS Vita games, and one of the hallmarks of its success is the place in which it takes place. Inaba feels completely different than anything the series has seen so far, and since Persona 5 is an artistically stunning and culturally accurate take on Tokyo, its successor must move from the Japanese capital to make the experience even more innovative and fresh.

Persona 6 should no longer be Persona 5

Persona 5 is a unique experience, despite the fact that (which is confusing) it is the sixth main part in the IP, and it has succeeded commercially and critically because it has a really different story and an instantly recognizable artistic style. Persona 6 will be compared to its predecessor simply because it exists, and returning to the setting that was so beautifully created in the 2017 game would make arbitrary comparisons even more legitimate. Tokyo is the chosen city for many Shin Megami Tensei games, as well as for the most recent Persona, and Persona 3 also uses an urban setting, so choosing a Persona 6 story elsewhere can help the game create its own legacy.

Even in 2022, Persona 5 is a masterpiece, and it’s important to build on what made it great from a mechanical point of view. However, at the level of narrative and presentation, the next game should move on to something new. Returning to Tokyo would turn an already difficult task into an almost impossible feat, since the city is so easily recreated according to the Persona 5 style that it would be difficult to make it better. As with Persona 5 for Persona 4, the safest option would be to move the story to the other side of Japan, unless Persona 6 is a direct sequel, although this is unlikely.

Japan is much bigger than Tokyo

Tokyo may be the most recognizable city in the country, but the vast diversity and magnificent landscapes of Japan extend far beyond its borders. From the icy Hokkaido in the north to the historically mesmerizing Okinawa, Japan has so much culture rooted on its shores that it could be used in Persona 6. The franchise has yet to install the game outside the country, so perhaps it’s safe to assume that Japan will be a mainstay for Atlus, but removing the series from such a a recognizable city can pave the way for something else to shine.

This would not only provide greater geographical diversity, but could also provoke a different tone of narrative. The premise of Persona 5 only works if the game takes place in a busy, densely populated city, but the smaller scale of Persona 4 works great in rural areas, not in a densely populated metropolis. “The Ghost of Tsushima” is radically different from the “Persona” series, but shines brightest because of its incredible beauty, originating from an area of the Japanese archipelago with which an international audience may be unfamiliar. Persona 6 should adopt a similar philosophy, as it can provoke a valuable new artistic style and story that bears no significant resemblance to its predecessor.

Persona 4 Proves that there is Charm in the Countryside

A quieter setting with fewer supporting characters and less potential for extracurricular activities may seem like an obvious drawback, but Persona 4 showed that a great story doesn’t have to take place in a bustling city. The small town of Inaba was modest at first glance, so when intrigues begin and murders begin to occur, crimes really create the feeling that they are disturbing the peace in an intimate, quiet place. From this point of view, the narrative is perhaps more significant than the story of Persona 5, since the latter takes place in a city in which so much is happening at the same time.

This helps distinguish Persona 4 and Persona 5 well, making them a must-play regardless of their age. For Persona 6 to follow suit, it needs to bring something new both on a mechanical and atmospheric level. Persona 4 has a completely different feel than what came after.

Fortnite Chapter 3: How to collect Food

BTS is ready for the GRAMMY! Reveal spoilers of their presentation