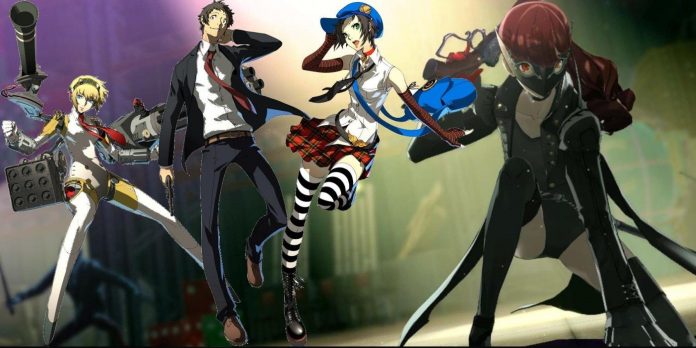 Persona 6, the next main series title in the popular Japanese role-playing game series, will likely continue the tarot theme first established in the original Revelations: Persona. If Persona 6 follows the pattern of previous games, each playable character will fight using a Persona associated with one of the Major Arcana from the tarot deck. However, Persona 6 should not simply stick to the standard 22 Major Arcana from the popular Rider-Waite tarot deck, but should explore more variants and completely unused Arcana.

Although variant Arcana began to appear as early as Persona 3, recent Persona games have unfortunately become fairly stagnant in how the Arcana are used. The protagonist of the past three games has been represented by the Fool Arcana, while the Magician Arcana has been their close sidekick, the Lovers and Priestess have both been female characters who are potential love interests, and the Hierophant has been an older male authority figure. Persona 6 should introduce some variation on these themes in order to appeal to both new players and established fans of the series.

RELATED: Persona 6 Should Release on Xbox Game Pass Day One

The Thoth tarot deck is an updated version of the traditional Rider-Waite tarot created by Aleister Crowley and painted by Frieda Harris. Crowley wished to rework the Major Arcana to align more closely with the signs of the zodiac and the letters of the Hebrew alphabet. For this purpose, he renamed some Arcana and changed the numbering and order of others. Persona first drew from the Thoth tarot deck in Persona 3, where the Aeon – the Thoth version of Judgment – was used by party member Aegis. Persona 4 Golden reused Aeon for new potential love interest Marie and assigned Lust, Crowley’s replacement for Strength, to the villainous Tohru Adachi. However, Lust was renamed Hunger in the English translation of Golden, possibly to avoid sexual connotations.

Crowley made two other substitutions when crafting the 22 Major Arcana for his deck: Justice was replaced with “Adjustment” and Temperance with “Art.” Both of these could work well as Arcana relating to a Persona character, as Adjustment could represent an individual who has to adapt to a drastically changed situation and Art could symbolize a creative character. Adjustment in particular would make an excellent choice to replace Justice in Persona 6, as the Justice Arcana recently played a significant role in Persona 5 as the Arcana representing Goro Akechi.

Technically consisting of multiple incomplete decks rather than a single deck with 22 consistent Major Arcana, the Visconti-Sforza cards were commissioned by Filippo Visconti, Duke of Milan, and his son-in-law Francesco Sforza. These cards, which are elegantly decorated with Renaissance-style artwork, feature a set of three Major Arcana representing virtues: Faith, Hope, and Charity. In Persona 5 Royal, Faith was the Arcana assigned to new playable character Kasumi Yoshizawa, who struggled with believing in herself and accepting her past mistakes. Persona 5 Strikers, a musou-style spinoff, gave the Hope Arcana to another new character, Sophia, who represented the protagonists’ greatest hope of solving the mysterious new Jail phenomenon.

As Faith and Hope have made their appearance in previous Persona games, it would make sense to have a character in Persona 6 representing the Charity Arcana. The character could be someone connected to giving, such as a philanthropist, a caretaker, a first responder, or even a criminal or delinquent performing community service. If they are made playable rather than simply being a Social Link or Confidant, they could possibly wield a Persona inspired by a saint or a mythological or literary figure known for their good deeds. As Charity has sometimes been translated as Love, this character could also serve as a potential love interest for the protagonist of Persona 6.

RELATED: Persona 6: The Fool Arcana Will Likely Be as Important as Ever

Also known as the Bourgeois Tarot, the Tarot Nouveau changes the standard 22 Major Arcana for representations of daily life, possibly in order to make the tarot more accessible to the average person. Some cards in the Tarot Nouveau, such as Shopping, Dance, Childhood, or Old Age, might be difficult to tie to a character in Persona, but others could easily be made to fit into the theme of the game. In particular, the Arcana representing the four elements – Earth, Air, Fire, and Water – and the four seasons – Spring, Summer, Fall, and Winter – could easily appear in Persona 6. In addition, the Collective, the Tarot Nouveau’s version of The World, could fit the themes of the series well, as many Persona games have dealt with the themes of “the individual against the masses” and “the collective unconscious.”

So far, only a few variant Arcana have made appearances in Persona games. In addition to Aeon and Lust from the Thoth deck and Faith and Hope from Visconti-Sforza, the Councillor Arcana from the Gran Tarot appeared representing Takuto Maruki in Persona 5 Royal. Zenkichi Hasegawa, another new character from Persona 5 Strikers, was given the Priest Arcana, a variation of the Hierophant; like Lust, this Arcana was renamed to Apostle for the English translation of the game. However, Persona 6 provides the series with a great opportunity to once again feature variant Arcana cards to represent its characters.

Persona 6 will release at a currently unscheduled date.