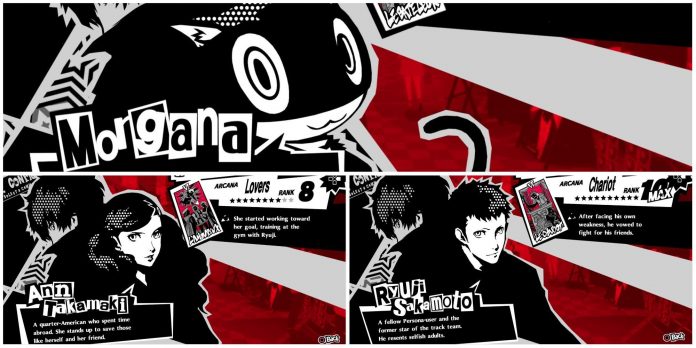 Like its predecessors, Persona 5 Royal runs on a calendar-based system, where Joker has in-game deadlines for major bosses and Confidants/Social Links. If players are aiming for 100% completion or want to receive benefits to make gameplay easier, they’ll have to Rank Up Confidants. Of course, not every Confidant will be available, so players are advised to use their limited time wisely.

Persona 5 Royalhas 24 Confidants for the Protagonist to max out. The number alone may be intimidating, but it is indeed possible to max out all of them on a single playthrough. Here are several tips that Persona 5 Royal players should remember when meeting with a Confidant.

10 Be Consistent With Social Stats

There are several Confidants that require high Charm, Intelligence, and Guts. Ann Takamaki is the first Confidant with a Social Stat requirement to unlock Rank 2. Players will need Considerate-leveled Kindness (level 2). Players should use their in-game spare time to read, clean the cafe, craft tools, or watch movies to gain Social Stat points.

Some Confidants such as Munehisa Iwai and Tae Takemi will give a point towards Proficiency and Guts respectively for spending time with them.

While it may be tempting for players to get their favorite Confidant to Rank 10 as soon as possible, it’s not wise to neglect other Confidants to focus on just one. Each Confidant offers different Abilities for Joker, and sometimes the better Abilities are locked behind higher Ranks. Splitting time between Confidants will make it easier to get them to Rank 10 when P5R’s story starts to draw to an end.

Confidants like Igor (Fool), Morgana (Magician), and Sae Niijima (Judgement) don’t require free time to Rank Up. Their Confidants will grow along with the story. Morgana’s automatic Confidant guarantees at least one Second Awakened Persona for the player if they were unable to get to Rank 10 for the rest of the Phantom Thieves.

Sae Niijima’s Confidant doesn’t have any benefits, but players will know they’re on the right track if the Judgement Confidant is climbing up the Ranks. Thus, don’t worry if Morgana and Sae’s Confidant are at lower Ranks than the others.

There are also some Confidants (Mishima and Yoshida) that will Rank Up each time Joker hangs out with them, regardless of how many Confidant Points they have.

In the original Persona 5, Goro Akechi had an automatic Confidant. With Persona 5 Royal, players need to spend time with Akechi in order to get the Justice Arcana to Rank 10.

7 Know Which Confidants Have Useful Skills

Not every Confidant has useful Abilities. Some good Confidants are Hifumi Togo, Yoshizawa, and Takuto Maruki. In comparison, Makoto and Chihaya’s Abilities are less useful.

However, players should at least try and do the Phantom Thieves’ Confidants above all else because they’ll unlock perks that let them Follow-Up or Endure an attack.

The Endure Ability also works when struck by Hama or Mudo. Eventually, the Phantom Thieves will get an Ability that lets them take an attack meant for Joker. This will be useful when fighting strong enemies and bosses.

As mentioned, Confidants have different days they are available, and some are only available during the evening. Players can check which ones are available by opening the map with R1 and looking for a city with the blue card icon.

Another thing players will want to keep an eye on are IMs. Confidants will text Joker asking if he’s available. Usually, when a Confidant is texting, it means the Confidant is going to Rank Up.

Some Confidants will have problems with an outside character that needs a change of heart. A Confidant will be put on hold until that change of heart is initiated. Once the Protagonist receives the name of his target, they’ll be able to consult the Phantom Thieves and view the Request. Targets are ranked by their difficulty, and some may be on different sections of Mementos.

An example of a Confidant with Mementos Requests: With Chihaya, players need to steal someone’s heart before they can even start her Confidant. Then, Chihaya’s Rank 7 requires a second trip to Mementos to change the heart of her boss.

4 Tell People What They Want To Hear

Confidants will speak to Joker and occasionally, Joker will have three different options to choose from before responding. Some responses will generate 1-3 Confidant Points, while others won’t generate any. Of course, if players are hoping to get through Confidants quickly, they’ll want to choose the best answers.

No one character is the same as another, so try to gauge how they interact and their general behavior before speaking. For example, Iwai gives more Confidant Points if Joker is blunt with him. Meanwhile, Joker will get the most points with Mishima if they compliment him – even if the player disagrees with Mishima’s actions.

Hanging out with a Confidant when they’re not ready to rank up will generate 3 Confidant Points as well as any points players may have received from responding to them. Sometimes, Joker will be able to give a gift to them. If they love the gift, Joker will get 3 points towards that Confidant.

Also, pay attention to the blue music notes/Confidant Points. If the Confidant will be ready to Rank Up on the next meeting, the notes will have multi-colored stars as they fly off-screen.

3 Bring A Persona With Matching Arcana

Each Confidant is aligned with an Arcana. By having a Persona of that Arcana, players will get an extra Confidant Point by selecting the right responses or giving gifts.

For example, telling a character to “do their best” may give 2 Confidant Points. However, if Joker is carrying a Persona of the same Arcana, that response will generate 3 points instead. Keep in mind that Joker does not have to have the Persona “equipped” to get these bonus points. Simply having it in the party is enough.

Remember to keep the wallet full since Personas can be bought from in the Velvet Room so long as they’re registered to the Compendium first. This will save Joker from having to fuse a Persona of the necessary Arcana. The higher leveled the Persona, the more expensive it will be. Thus, if players only need a Persona for a Confidant, buy the lowest-leveled one.

All Confidants have a deadline on 12/22, but there are some cases like the Councillor, Justice, Sun, and Temperance that have earlier deadlines (in mid-November). Yoshizawa, the Faith Arcana, has a deadline on 12/18, but since she only has 5 Ranks, it shouldn’t be too difficult to rank hers up. Ranks 6-10 will be unlocked if players unlock the third semester.

1 Some Confidants Unlock The True Ending

Ironically, Yoshizawa doesn’t need to be Rank 5 by 12/22 to get the true ending, but she will if players want her second and third-tier Personas. The same applies to Akechi, who needs to be Rank 8 before 11/24 to unlock his Third Awakening.

Players will need to get Maruki’s Confidant to Rank 9 before he leaves Shujin Academy; Maruki’s Rank 10 is automatic. If Joker fails to get to Rank 10 before the end of Niijima’s Palace, then the players will be locked out of the true ending and get the original ending from Persona 5.

Persona 5 Royal is available now on PS4. A PC, Xbox Series X/S, Xbox One, and Xbox Game Pass release is scheduled for October 21, 2022. 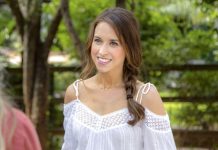 After Lacey Chabert teased her Hawaii movie, the title and plot were revealed 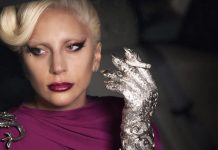 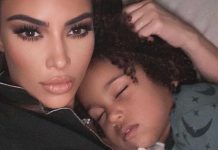 Kim Kardashian scolds her kids during an interview with Jimmy Fallon