Home Entertainment Persona 4 Arena Ultimax Will Include All DLC And Dual Audio; New... 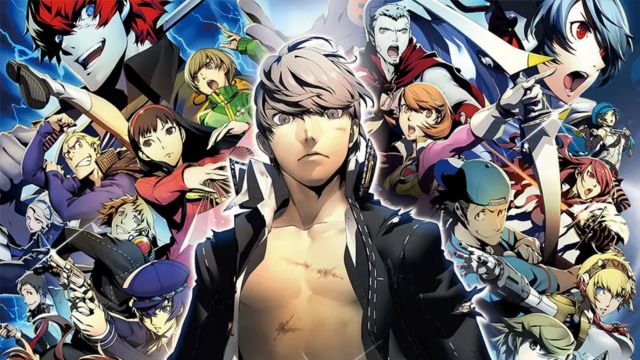 Persona 4: Scheduled for PS4, Switch and PC with a confirmed date, the title will be based on the arcade version 2.50 that never saw the light beyond arcades. Persona 4 Arena Ultimax was one of the big surprises of the The Game Awards preview. Atlus revealed that the acclaimed original 2014 Arc System Works fighting game for PS3 and Xbox 360 will arrive on March 17, 2022 on PS4, Nintendo Switch and PC consoles; but now new details have appeared confirming that it will be a full version, updated and with dual audio.

According to Persona Central, Persona 4 Arena Ultimax will arrive based on version 2.50 of the arcades, a version that was never released outside the arcades. So hopefully some character adjustments and quality of life details with game balance in mind are already in place.

Similarly, this new edition will bring dual audio, so users will be able to choose between hearing the voices in English or Japanese. Those who pre-order the game will be able to claim an additional color pack, unlocked bosses, and fighter titles. On the other hand, pre-orders also collect additional Navigator voices, bonus music, a glasses pack, and unlocked icons. Finally, the P4A story mode, challenge demos, the ADACHI story mode, and three additional characters are included.

The year 2022 will face its biggest obstacle, the lack of consoles

Although a spectacular year awaits us in terms of releases, with works such as Elden Ring, Starfield, God of War: Ragnarok, Pokémon Legends Arceus, Bayonetta 3, Gran Turismo 7, Horizon Forbidden West, the sequel to The Legend of Zelda: Breath of the Wild or Avatar: Frontiers of Pandora, the truth is that getting an Xbox Series X console, PS5 and, to a lesser extent, Nintendo Switch OLED, is going to be quite complicated.

The semiconductor materials crisis continues to affect the sector; coupled with a totally overwhelmed supply chain unable to meet community demand on time. This brings us to a complex scenario in which the large manufacturing companies —Microsoft, Sony, Nintendo— have had to correct their forecasts with considerable reductions in the initial distribution plans for this fiscal year.

In any case, it is to be expected that “normality” will arrive sometime in the second half of next year 2022; although there are voices that come to think that it will not be until 2023 when we can have back the products now scarce on the shelves of the stores.

As planned, The Game Awards 2021 has had a few world firsts and dozens of major announcements. We recommend that you take a look at this link if you want to find out everything that the gala has given.

Anthony Martial Will Play For Manchester United in The Manchester Derby