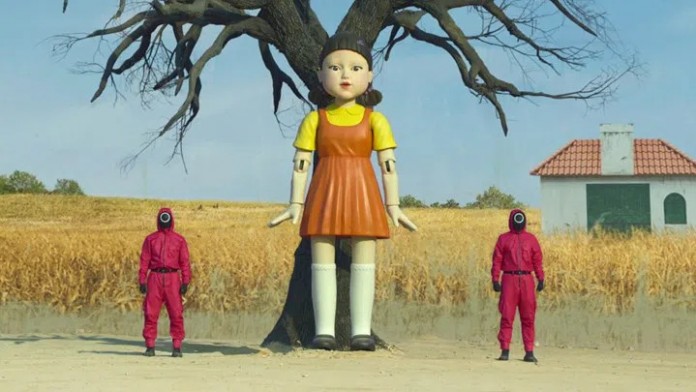 Squid Game: As you know, Squid Game, which is one of the most popular works of Netflix recently, took the first place in almost every country where it was broadcast. However, it was not published in some countries due to prohibitions. One of these countries is North Korea. Recently, a sad and interesting event took place in North Korea.

A citizen who went to China from North Korea transferred a copy of the Squid Game he watched in China to his USB and took it to his country. He made high school students watch the series in his country and was caught in the meantime. Authorities sentenced the man who brought the copy of the series to death. The saddest point is that those who watched were sentenced to prison terms between 5 years and life.

In addition, teachers and school administrators were dismissed and sentenced to work in remote mines under harsh conditions. In December last year, North Korea passed a law banning the entry and dissemination of cultural materials such as movies, games, music and books into the country. We can say that this event is one of the consequences of this law. According to the news, one of the people who was penalized escaped the penalty thanks to a $3,000 bribe.

Popular Anime Is Coming To Fortnite!

Golden Ring: all the knowledge related to the furious flame