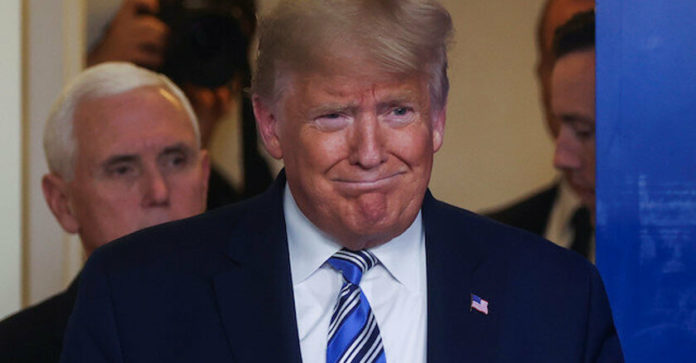 A man who used chlorokinine, which US President Donald Trump says he works for coronavirus treatment, to avoid catching coronavirus died. Experts warn that caution should be exercised in the use of chlorokinin, the effect of which is uncertain in the treatment of coronavirus.

Drug studies for the treatment of coronavirus continue as quickly as possible. Experts warn that people are not careful about the drugs that are abundantly named, so any medication is not definitely effective on the disease.

The elderly couple started vomiting 20 minutes after mixing a teaspoon of chloroquine phosphate with soda. Her 68-year-old wife began to have difficulty breathing. The 68-year-old man from the elderly couple, who reached the medics, could not escape despite all the interventions.

At the same time as Trump’s comments, FDA manager Dr. Stephen Hahn said that chlorocine may be the right medicine, but if it is not used in the right dosage, it can do far more harm than good.

Despite Trump’s comments, the laboratory results regarding the success of chlorocine in coronavirus therapy are not yet stable. Experts say that chloroquine is a single successful use case for coronavirus.

Serious side effects of chlorokine, one of the oldest known malaria drugs, also makes it controversial to use in treatment. Chloroquine can cause heart rhythm disorder along with vision problems. Doctors also state that in rare cases, the drug can cause sudden death.

EMUI 11 update schedule has been released!

Justin Bieber is honest about Selena Gomez and Hailey Baldwin

How Does A Drop In US Stock Markets Affect Bitcoin?

iOS 14.2, What’s New and How to Update Your iPhone

Honor 10 introduced! Here are the features and price!