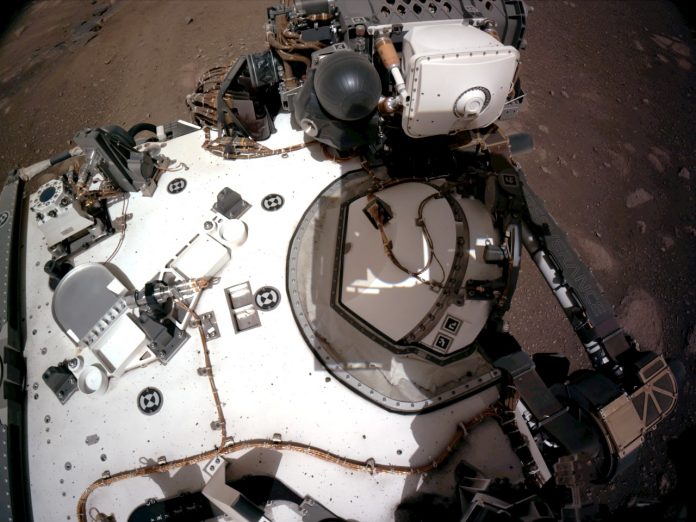 NASA’s spacecraft Perseverance landed on the surface of the red planet Mars on February 18, 2021, and soon shared the first color photos with us. It finally delivered more information.

NASA offers space enthusiasts to explore via YouTube and its official website. Perseverance sent thousands of photos 5 Mars days after landing. However, the photos taken from the spacecraft are renewed every day on the NASA website.

Spacecraft Perseverance provides us with the Mars experience

You can see all the photos here. The most interesting part was the voice he shared, if we move to the Red Planet one day, we will have to get used to its voice. You can reach the content shared as the voice of Mars here. You can record your own voice if you want. Then you will hear how your own voice would be on the Martian surface.

The spacecraft Perseverance, which did not only shoot its own deck, shared a panoramic view of its location in the form of video. NASA shared these images with space lovers on YouTube.

While we’re so saturated with Mars, NASA also offers us fun ingredients. We can prepare Mars tickets for 2026. Nearly 6 million people prepared their own tickets.

After creating our Mars ticket, we can now take a photo on the Mars surface. With Photo Booth, you can find yourself on the surface of Mars or in NASA’s mission management center. Although we haven’t been to the Red Planet yet, it is possible to feel it.

You can indicate your opinion about Mars in the comments …