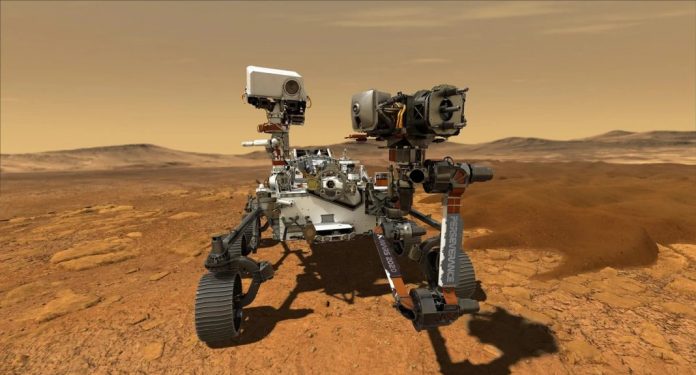 The spacecraft Perseverance on NASA’s Mars mission is preparing to make a very difficult landing on the surface of the red planet. A remarkable description such as “7-minute terror” is used for the landing process of the spacecraft.

The statement made by NASA regarding the issue includes the following statements: “We will continue to worry about” we will not succeed “until the data that we reach the ground safely.”

The 7-minute process is likely to be a very exciting time for the Perseverance team. The spacecraft will act autonomously in this process. Here, it is necessary to make certain timed maneuvers at very high speed and sharp temperature changes. In addition to these, finding a safe landing point is among Perseverance’s obligations.

Swati Mohan, who worked on the Mars 2020 Guidance team at NASA, said, “A lot of things have to go right for Perseverance to land safely on the surface.” Mohan’s colleague Chloe Sackier stated that Perseverance will enter the Martian atmosphere at a speed of about 20 thousand kilometers, “almost shouting”.

After the speed of Perseverance’s carrier is reduced, its parachute will open. This parachute is the largest supersonic parachute NASA has ever sent to another planet. In this way, it will be possible to slow Perseverance a little more. The landing is scheduled for Thursday.

Perseverance will search for traces of ancient life on the Martian surface. The collected stone and soil samples will then be sent to Earth. The data obtained will be used in the planning of manned journeys to Mars.