Home News Perseverance made its first move on Mars 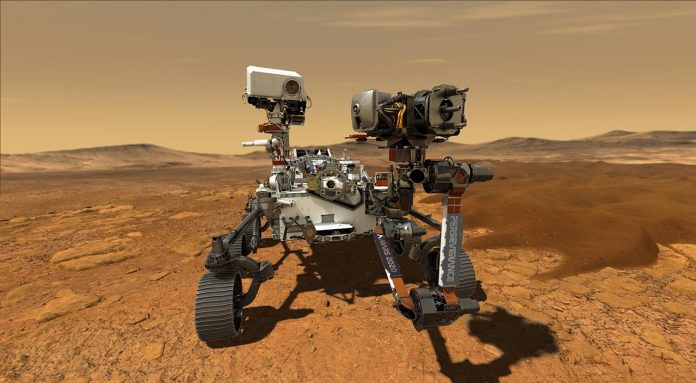 After two weeks of self-health checks on the surface of Mars, NASA’s Perseverance rover is about to begin its highly anticipated movement for signs of past life on the distant planet.

Two posts on the explorer official Twitter account on Thursday, March 4, showed that the high-tech mobile lab made several moves as part of key tests to make sure everything is in good working order after its six and a half month journey.

Perseverance has completed all the necessary checks for the movement

Gezici says alongside a short clip showing that he’s acting for the first time in more than half a year, “This week I’m doing a lot of checkups, I’m getting ready to get to work. “I checked many tasks on my list, such as instrument tests, viewing and moving my arm.”

This week I’ve been doing lots of health checkouts, getting ready to get to work. I’ve checked many tasks off my list, including instrument tests, imaging, and getting my arm moving. Warming up for a marathon of science. pic.twitter.com/A0aqhWVo5T

Some time after sharing, another clip showing one of the navigator’s six wheels spinning back and forth, “A quick test of my steering wheel and things look good as I get ready to roll. My team and I are eager to take action. Step by step.” It was published with the message.

A quick test of my steering, and things are looking good as I get ready to roll. My team and I are keen to get moving. One step at a time. pic.twitter.com/XSYfT158AQ

Most of the checks were completed and no abnormalities were reported from NASA’s California-based Jet Propulsion Laboratory overseeing the mission. This suggests that the navigator may be just a few days away from making his first temporary ride on the surface of the Jezero Crater where he is located.

As you remember, one of the main goals of the mission is to look for signs of a past life on the red planet. The Jezero Crater was once filled with water and so it is thought to offer an excellent chance to make such a discovery.

Perseverance, the first explorer equipped with a sample collection system, will also pack interesting rock and soil samples to be transported to the world on a future mission. This will allow scientists to study the material with more powerful tools to validate the discoveries made during the rover’s two-year mission.

Apple: Siri helps find out if the user potentially has coronavirus