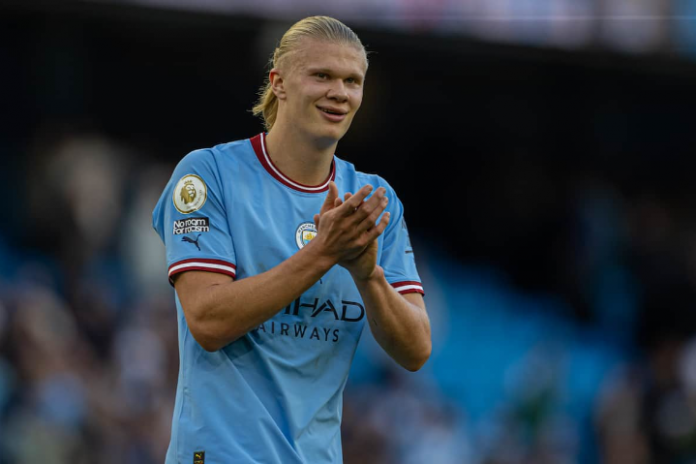 Having previously questioned Erling Holand’s fitness ahead of Man City’s trip to Liverpool, Pep Guardiola has now confirmed he is available.

Earlier this week, before the 0-0 draw with Copenhagen in the Champions League, Guardiola explained that he did not accept his striker because of a “muscle disorder.”

“He was so tired, he has a muscle disorder, and we didn’t want to take any chances,” he told Norwegian TV2.

About whether Haaland is suitable for Anfield, he said: “We’ll see the day after tomorrow, I hope.”

There was never much doubt that, despite Guardiola’s comments, the 22-year-old would rival Liverpool as City’s main threat in attack with 20 goals in 13 games.

And at his pre-match press conference on Friday, the City manager confirmed that Holand, Phil Foden and Bernardo Silva, who played just 13 minutes in midweek, were fit and ready.

“We have a lot of games to play, like all teams,” he said.

“We can’t forget that Erling couldn’t play so many games in a row last season. So he was tired, and so was Bernardo, and so were the others.

“Of course, they feel good, so they are ready for Sunday.”

Speaking at the AXA training centre on Friday, Klopp called Holand “the best striker in the world” at the moment, urging Liverpool to “make sure he doesn’t get so many goals.”

“This is something that you have to protect before you engage him in battle, so we will try to do that,” he told reporters.

“But in the case of City, the problem is that if you close Holand with too many players, you create gaps for all the other world-class players, so it won’t make life easier.

“It’s a challenge, a football problem, but we’re trying to find solutions.”

City still have injury problems, Kyle Walker, John Stones and Calvin Phillips are ruled out, but they are in a much healthier position than Liverpool.

Luis Diaz, Trent Alexander-Arnold, Joel Matip, Naby Keita and Arthur will miss the meeting, while Alex Oxlade-Chamberlain is not expected to participate despite training this week.

Good news for the Division 2 players