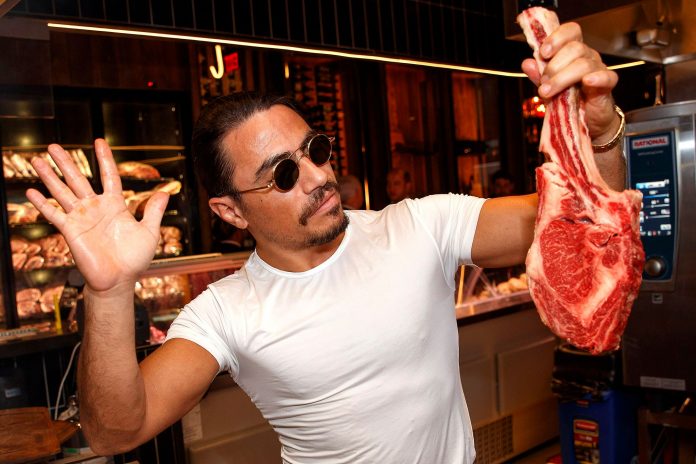 People react to the viral video of Salt Bae feeding a woman in front of her boyfriend. Going to Salt Bae’s restaurant as a couple is knowing that a disaster will arise. This disaster often involves some pretty funny moments.

Last year, a video went viral at a Nusr-Et restaurant in Boston. This video featured footage of a woman twerking.

On Friday, another video burst on social media where she feeds from Salt Bae in front of her boyfriend with a painful expression on his face throughout the entire video.

The internet found the video funny due to the guy’s reaction to his girlfriend being fed by Salt Bae.

"she really eating another mans meat in front me?" pic.twitter.com/HuxJ111Ejx

Types Of Poké Ball In Arceus Pokémon Legends: How Many Are...