Home Celebrity “People like Blake Lively wrote me messages…” — The success of Enola... 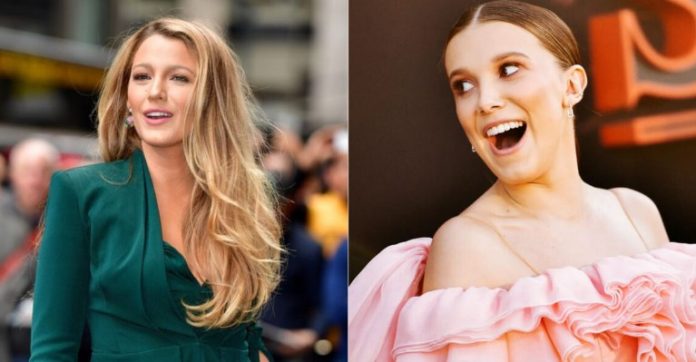 Enola Holmes, set in the late 1800s, is a journey in search of herself when a young girl goes to the outside world. But the story is much more adventurous because she is the teenage sister of the infamous genius Sherlock Holmes. In the detective drama directed by Harry Bradbeer, Millie Bobby Brown played an extremely intelligent and skillful girl who defies social norms for women of that time. The actress has always been charming; we saw her amazing performance in “Stranger Things.”

She received the same praise for her role when the film came out and became one of the most watched movies on Netflix. Undoubtedly, the creators are developing a sequel, seeing the admiration it received from critics in 2020. However, Millie had a hard time digesting this huge success, as she never imagined that they would receive praise, even from celebrities.

Millie Bobby Brown was surprised to receive a message from Blake Lively
In a recent interview with Total Film, Millie Bobby Brown told how she was amazed by the success of Enola Holmes. The British actress, who was also the executive producer of the project, could not believe that fans were showering her film with love. Brown said she knew the film had potential and felt connected to the whole story.

“But I didn’t realize how great the potential was. People like Blake Lively have been writing to me saying, “My daughter wants to be Enola Holmes,” the Godzilla star explained.

Blake Lively’s text was the cherry on the cake because it reflected the fact that all viewers “resonated” with the film as much as she did. Meanwhile, the beautiful young star is ready to impress the public again this November when “Enola Holmes 2” is released worldwide on November 4 on Netflix.

Meanwhile, in this nostalgic love letter to the 1800s, there is a new mystery to be solved by the main characters. Enola is going to make a successful career, becoming a detective profession, like her famous brother. Judging by the trailers, we are sure that the film will be a bigger success than the debut film.

More fun and more drama awaits fans when Henry Cavill and Millie Bobby Brown try to connect the dots of a mysterious case together. Are you excited to find out if these two are allies or enemies? What do you think about the fact that this talented star is achieving great success day after day? Let us know your opinion in the comments section.

Adele very thinned: the miracle diet of the singer revealed!