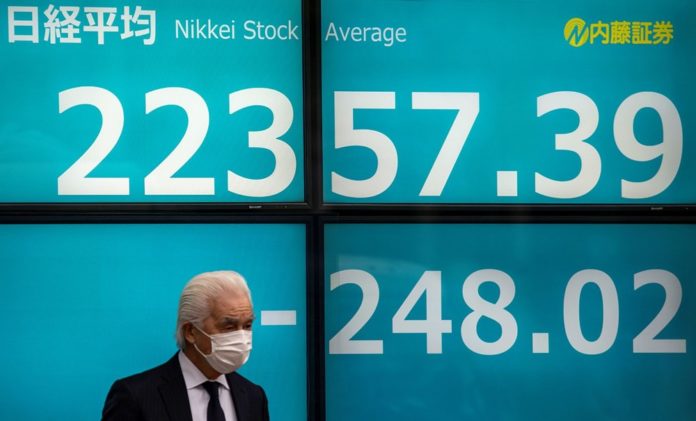 The epidemic of the corona virus, which has influenced the whole world and has led to the death of more than 3 thousand people, has also changed the way people greet each other. The video, in which two people in China greeted by banging their feet instead of shaking hands, went viral on social media.

COVID-19, which has a 3 percent killing rate according to the World Health Organization (WHO), is defined as a virus with an extraordinarily high spreading power. Indeed, this is precisely at the center of concerns surrounding the new type of corona virus.

The deadly virus, transmitted to more than 80 thousand people, most of them from mainland China, causes a wide variety of respiratory infections in humans ranging from colds to pneumonia. The risk group in which the virus is the most deadly consists of adults over 65 years old and children under three years old.

A video from China shows that people have found a new greeting style to protect against the corona virus. In the video, which broke records on Twitter, a group of masked men say hello to each other by exchanging their feet.

Foot greetings that people think of as a precaution against corona virus
This form of greeting, called the “Wuhan Handshake” in social media, was considered by many to be a creative invention. Some even think that foot greetings should not be limited to China, but should be adopted by everyone worldwide.

By the way, if you think people who care for shaking hands are only Chinese, you are wrong. Last day, German Interior Minister Horst Seehofer had not shaken the hand extended by Prime Minister Angela Merkel due to the corona virus outbreak. Merkel, who welcomed this situation, which could cause a diplomatic crisis in some countries, regardless of visa, was on his seat saying “Right, I understand”.

#Coronavirus is spreading at a rapid speed. Everyone is taking precautions, even German Chancellor Angela Merkel's handshake was rejected. pic.twitter.com/VBodiT6a3M

All premiere series and movies on Netflix August 2020

The horses in Red Dead Online have gone crazy

He sued Starbucks for burning it with tea.

Cursed: the new Netflix series is inspired by Game of Thrones!