Home News Why Are People Afraid of the Corona Virus? 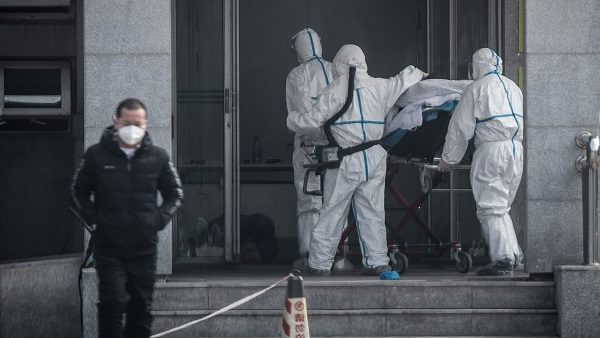 The Corona virus continues to cause panic in humans. While hundreds of thousands of people die from infectious diseases every year, the whole world is watching the spread of this virus with fear. So what distinguishes this virus from the flu we know?

The Corona virus has been one of the most fierce events of recent times. In China, where the virus appeared, the number of deaths due to virus-related diseases reached 494. The country’s government has built a thousand-bed hospital in just 10 days to fight the virus and prevent it from spreading. The spread of the virus continues while transplants continue.

It is one of the wrongly known facts about the virus that the virus, which is claimed to have spread by passing from animals to people in Wuhan, China, provides a definite death. At the same time, the Corona virus is defined by the World Health Organization as a ‘dangerous but not causing epidemic’ disease. According to the data of the organization, 5 million flu cases occur every year and 650 thousand deaths due to these flu occur. So why does the Corona virus cause such anxiety every year while so many people die from infectious diseases?

Uncertainty scares
Experts say that the cause of this concern is uncertainty. The treatment methods are generally known when the flu season starts and ends every year, how many people get infected and kill. However, it is not yet known exactly how deadly Corona is. Data so far show that Corona has a higher mortality rate than flu cases.

Christian Althaus, epidemic specialist of Bern University, stated that 1 out of every 1000 cases died in flu; He says that in Corona virus cases, this rate can reach 1 in 100. This means that the Corona virus can be 10 times more deadly than the flu. The World Health Organization estimates that the rate of deaths caused by the virus can be up to 2 in 100 cases.

This rate is expected to decrease with the detection of undetected cases. While the virus has not spread much yet, efforts are underway to eliminate it. The Corona virus is predicted to become an epidemic that costs thousands of lives every year, like the flu, if it is not eliminated anytime soon.

It spreads pretty fast
SARS, a virus that frightened people like Corona, appeared in China again in 2002, infected 8000 people and killed 774 people. The spread rate of SARS was not as high as the flu. However, some experts say that the rate of spread of Corona virus can be as high as flu.

Scientists have determined that the virus, which is claimed to have emerged from animals, can also be transmitted from person to person. It is estimated that every person carrying the virus can infect 2-3 more people. In many countries, measures continue to be taken to prevent this spread.

IBM sells its first quantum computer to clinic in the USA