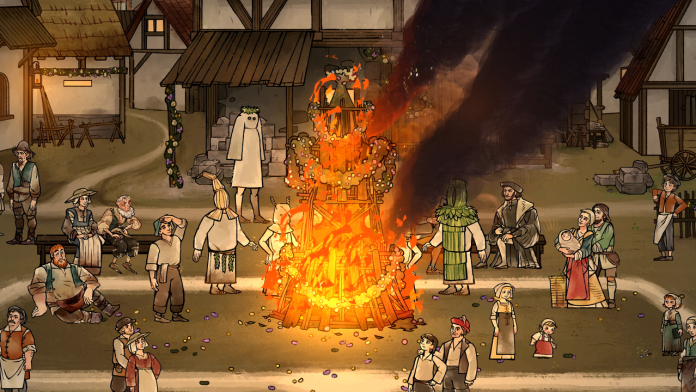 Obsidian Entertainment announced that on November 15, its story-riddle game Pentiment will be released for Xbox One, Xbox Series and PC.

The game announced on Xbox Wire has already been confirmed for November, but has now received an official date. Thus, the release announcement period is quite meager, since the Pentiment was announced only a couple of months ago, in June.

Led by industry veteran Josh Sawyer, the game tells the story of a medieval artist named Andreas Mahler, an educated apprentice who is close to achieving his ultimate goal of becoming a master artist. However, it happens that Mahler becomes involved in a murder mystery because his friend is accused of killing someone.

The player playing for Mahler must solve the mystery—or at least decide who is being punished—but Pentimentality will not clarify who exactly is to blame. The decision will have a domino effect for years to come as Mahler finds himself involved in more and more murders.

Player choice is central to Obsidian Games — the developer of Outer Worlds and Fallout: New Vegas — and Sawyer told IGN back in June that these themes would be heard in Pentiment as well.

“There will be familiar elements in terms of choices, backstory and implications for people who like our role—playing games,” he said. “But it’s actually a narrative adventure story.”

The Boys: Soldier Boy’s Look To Be Revealed Soon