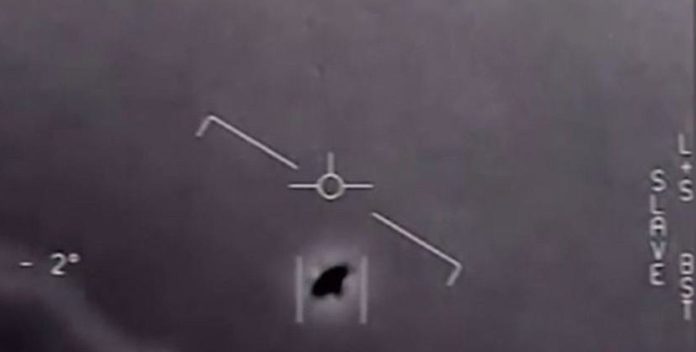 2020 continues to surprise the world, now the presence of UFOs is confirmed.

2020 has been a roller coaster for humanity, from wildfires in Australia, the risk of experiencing the third world war, to the outbreak of the coronavirus that keeps the world in a pandemic for almost 2 months.

However, it seems that the phenomena and events do not stop and the United States may have confirmed the existence of aliens . We tell you what it is about.

Videos and photos of infrared cameras that were officially released by the Pentagon circulate on social networks , these images were captured in 2017 and 2018, but their veracity was barely confirmed and they were declassified. These recordings come from the Academy of Arts and Sciences To The Stars, a company of Tom DeLonge, a former member of Blink-182.

In the videos , unidentified objects are seen flying over the sky, they show abnormal behavior to be an airplane or other air transport, since they have a speed that makes them disappear in seconds from the radar, in addition to the unstable maneuvers they perform.

Several Internet users have reacted to these UFOs, because after a government organization endorsed the existence of such videos , it makes them think that beings from another planet really exist.

See Also  Is That an UFO Confession from the Pentagon?

However, the existence of spacecraft has not been recognized, but it is said that in 2007 a classified program was started to study this type of objects and discover what they are about, said project was canceled, but the owner, Luis Elizondo, explained At that time there were videos showing “planes” that were not recorded in any inventory in any country, there were also pilots who testified and said they were very fast objects.

For now, we know that there are strange things flying in the skies and there is a possibility that they are beings from another planet, without a doubt, 2020 has been the most disturbing year for the world, just 5 months go by, but what else can we expect? ?

Do you believe in UFOs?

Planting Android is … simple as a picture