Home Entertainment Pennywise: The Story of IT Trailer Explores BTS from the Original Miniseries 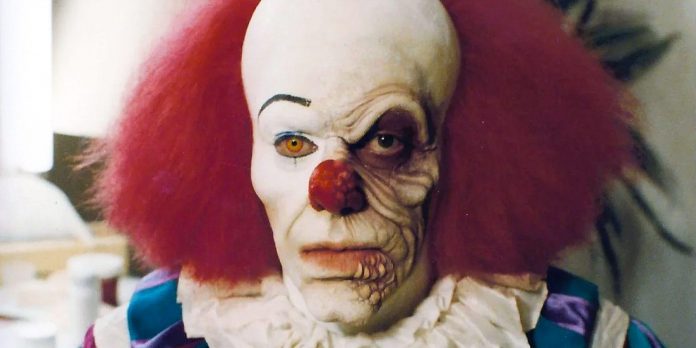 Official Pennywise Trailer: The Story of IT offers an intimate behind-the-scenes look at the cult classic miniseries that made the killer clown a staple of the horror genre. Cinedigm has acquired the documentary “It” for release this summer, a project dedicated to the 1990 two-part television series that adapted Stephen King’s terrifying 1986 book of the same name. Featuring archival footage and previously unpublished content, “The Story of IT” explores in detail the elements that went into creating the bold adaptation, and how Tim Curry’s portrayal of Pennywise the clown boosted production.

Ahead of the documentary’s release on July 26, 2022, Cinedigm shared a trailer that gives an idea of the exclusive shots and guests that will be featured in it. Among those interviewed were original actors Richard Thomas, Seth Green, Emily Perkins and Curry himself, as well as director Tommy Lee Wallace and writer Lawrence D. Cohen. Some themes include Curry’s insistence that he is not suitable for the role, the bad behavior of actors on set and the project’s pushing the boundaries of the fight against television censorship.

As the title suggests, “Pennywise: The Story of It” will prominently feature Curry’s nightmare-inducing portrayal of the alien creature King and how the actor almost single-handedly propelled the miniseries into the annals of horror legends. The stunning effects that helped Pennywise look intimidating on the screen will also be considered. In addition to VOD and the Screambox premiere at the end of July, Bloody-Disgusting reports that Pennywise: The Story of IT will open in select theaters starting July 8, mostly in King’s home region of New England.

Why is Geralt from The Witcher 3 such a favorite hero