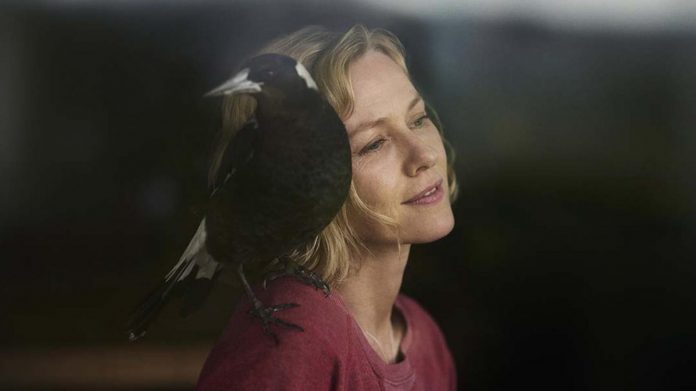 Should we take a look at Penguin Bloom on Netflix.

While we were telling you recently what to watch on Netflix and Prime Video in February, we now come back to a film that is part of the January releases on Netflix: Penguin Bloom. Directed by Glendyn Ivin and based on the eponymous book by Cameron Bloom and Bradley Trevor Greive, this family drama has everything it takes to woo tender hearts and others. Penguin Bloom tells the true story of Sam Bloom and his family after a serious accident in Thailand that deprived Sam of the use of his legs. It is the arrival of a magpie nicknamed Penguin and rescued by young Noah that will change the course of things.

The tragedy that triggers the film quickly gives way to a recovery shared by Sam and Peng, punctuated by a few touches of humor which give the film an impressive balance. Naomi Watts and Andrew Lincoln are particularly compelling in the role of the Bloom parents, but it is Naomi Watts’ energy of desperation that sweeps us away like a tidal wave at the heart of Sam’s struggles and greatest fears. to this already powerful story are added a dreamy photograph that invites you to travel and a spectacular soundtrack, each piece of which adds a new dimension to the most poignant scenes.

In short, it’s a big yes that answers the question of whether to take a look at Penguin Bloom, which boils down to a beautiful lesson of hope and optimism in the face of adversity. A message that is good to hear, and especially lately, and which can warm the most bitter hearts despite a touch of silliness that almost makes you roll your eyes from time to time. It must be said that knowing that this is a true story tempers the critics and just makes you want to let yourself be carried away by the Bloom family and what happened to them. And for those who prefer a whole different genre of film, rejoice as the sequel to The Old Guard starring Charlize Theron has been commissioned by Netflix.

Grayscale did not divest XRP and XLM