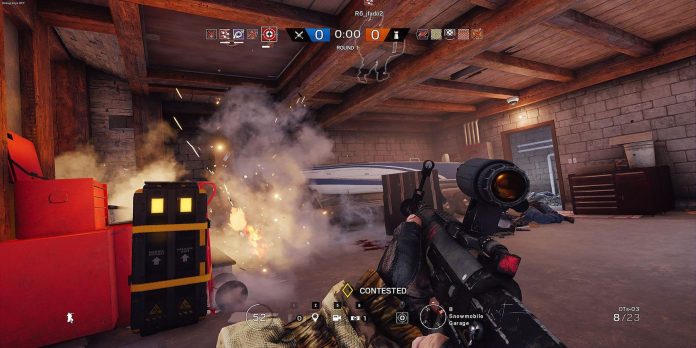 The long-awaited addition to Rainbow Six Siege is now available for players who are tired of becoming victims of friendly fire. Players will think twice before behaving badly towards others, as the phrase “treat others the way you want to be treated” has been taken to a new level in this Rainbow Six Siege update.

Unlike other popular FPS games, when a player dies in Rainbow Six Siege, he is in standby mode until the end of the match, and not immediately reborn. This feature speaks to the tactical and competitive nature of the experience, although it can make malicious behavior satisfying for griefers who want to cause havoc. However, this will no longer be the case thanks to the steps taken by Ubisoft to limit such bad behavior.

The official Rainbow Six Siege Twitter account shared updates on its controversial Rainbow Six Siege anti-cheating software, but more importantly, news from the Player Behavior Team. The team informed the community about what will be known as the new reputation penalty “Reverse Friendly Fire”, which was introduced to reduce the impact of players shooting at their teammates. The update states that players with more instances of friendly fire will receive a warning that other players can see, and that if players decide to continue friendly fire, damage will be dealt to them instead. The RFF reputation penalty will be in effect for 30 matches, which, in fact, will force players to play accordingly if they do not want to be victims of their own abuse.

Ubisoft prepared players for this harsher punishment by using a “delay period” when an act of friendly fire, both accidental and targeted, triggered a warning. However, the warning came by itself, since no consequences of these malicious actions were implemented in the game. Even though it didn’t help prevent bad behavior, it gave the community an idea of what was going to happen. Fortunately, the RFF reputation penalty is now active along with other available Rainbow Six Siege lockout features to make it a safe place for new and returning players.

Some community members have expressed concern that this feature could encourage vindictive players to take advantage of this update and jump under their teammate’s fire as a new way to troll and negatively impact the experience of others. However, this is a great start to the fight against malevolent behavior in Rainbow Six Siege. The update states that players who correct the behavior will be sanctioned, and patches have been implemented in the past to destroy Rainbow Six Siege teams, so Ubisoft is expected to monitor this feature as it is deployed.

Why Super Mario chose Chris Pratt for the role of a...