Home News Penalties for Australia who do not comply with Corona Virus Quarantine are... 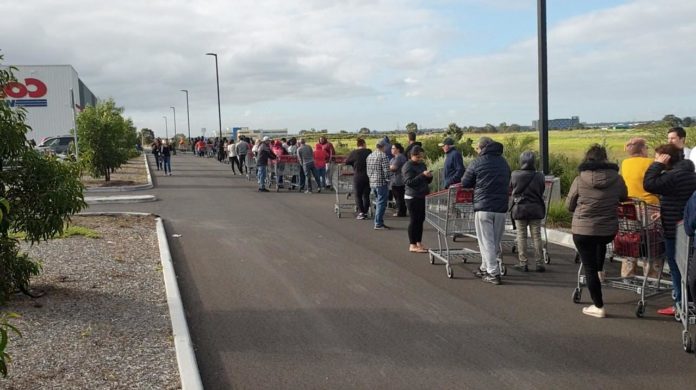 Governments continue to take various measures against the corona virus epidemic, which has an impact on many countries around the world. In Australia, where there are 313 cases of corona viruses, it was decided that those who do not comply with quarantine will be fined up to $ 20,000 and up to 6 months in prison.

The most important measure taken against the Corona Virus epidemic is to quarantine people who are likely to carry the virus. However, some people do not comply with quarantine practices. In order for people to stick to the quarantine practice, administrations have to set various penalties.

In Australia, 313 cases of corona virus have been detected by this time. Five of the people who were detected to have the Corona virus died. Therefore, the Australian government had to take new measures. Australian Prime Minister Scott Morrison made a statement saying that people returning abroad should quarantine for 14 days, and that Australia’s ports are closed to international cruise ships for 30 days.

Following the statements of Prime Minister Morrison, state administrations in Australia also made new decisions to tighten the corona virus quarantines. State governments in New South Wales (NSW), Queensland and Victoria have announced the penalties imposed by those who do not comply with the quarantine rules.

Those who do not isolate themselves for 14 days after returning to Australia from abroad will be fined up to $ 20,000 in Victoria, $ 13,000 in Queensland and $ 11,000 in New South Wales and up to 6 months in prison. Those who do not comply with the quarantine rules will be determined by the police control.

Quarantine applications are currently seen as the most effective solution to prevent the spread of the corona virus. Failure to comply with these quarantine rules for those who carry or are at risk of virus transmission will lead to the spread of the virus to other people and further spread of the disease.