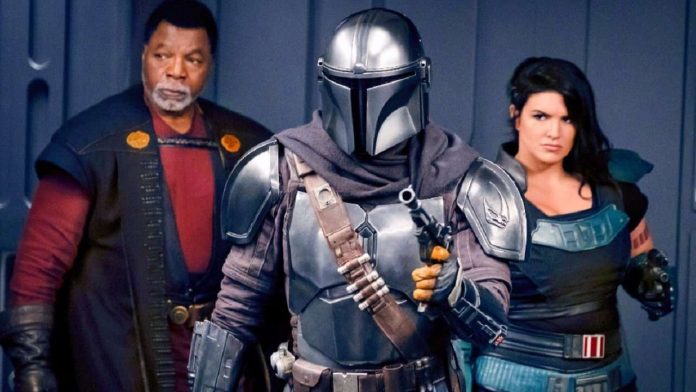 After Gina Carano, who was removed from The Mandalorian’s cast after she shared a post that humiliated the Jews on her Instagram account, an old post of Pedro Pascal has now become the agenda. Many users on Twitter also want Pedro Pascal, who likens Nazi Germany and the USA in his post, to be cut off from the series.

Gina Carano, one of the star actors of The Mandalorian series, got a big reaction after a post she shared on Instagram Stories. After sharing the agenda, Lucasfilm said with a sudden statement that Carano no longer had a relationship with the company.

Making a statement about the sharing that humiliated the Jews, Lucasfilm stated that Gina Carano’s humiliation of people in this way was disgusting and unacceptable. While this news has not fallen from the agenda of The Mandalorian audience and social media, a new sharing has come to the agenda. This time, Pedro Pascal was the leading role of The Mandalorian, who was on the agenda with an old post.

The comparison of the USA – Nazi Germany:

Pedro Pascal’s post in 2018 includes a photo of children imprisoned in Nazi concentration camps, as well as another photo of children held in US prisons. Pascal shared this post with the phrase ‘This is America’ and made a comparison between the US juvenile prisoners and administration and Nazi Germany.

After Gina Carano was cut off from Lucasfilm and dismissed from The Mandalorian’s squad, Donald Trump Jr., Donald Trump’s son, reacted to the situation. and conservative commentator Ben Shapiro claimed that Pedro Pascal’s post of 2018 was also a political and provocative post. After all these developments, #FirePedroPascal was on the agenda on Twitter.

While there was no explanation from Pedro Pascal or Lucasfilm about the incident, the reactions on the subject started to increase. Twitter users, who argue that this analogy is the same with Gina Carano’s post containing open insults and humiliations, continue to keep the issue on the agenda.

Rihanna in a toxic relationship with Hassan Jameel? It would force...

Khloe Kardashian responded with a statement that she is “not important...