Home Entertainment Pearl: Everything We Know about T. West’s Prequel to X 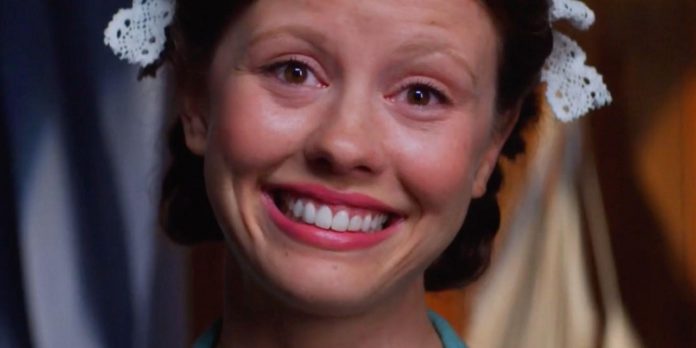 Earlier this year, Ti West released the 70s-set slasher movie X, his first feature film in six years. A product of renowned indie movie studio A24, X was a critical success, and now fans can look forward to its prequel. Ti West’s secret project, Pearl, was shot immediately after X wrapped, and serves as an origin story for the titular villain of the first film.

Mia Goth, who played the dual role of final girl Maxine and senior citizen Pearl in X, will reprise her role as the latter, taking center stage once again. A new trailer for the movie teases sex, murder, and betrayal — much like X — and fans can’t wait to see how it compares. Fortunately, they won’t have to wait long. With Pearl’s release on the horizon, here’s a look at what else to expect from the slasher, which looks to be just as X-citing as its inspiration.

RELATED: What Horror Filmmakers Can Learn From Ti West’s X

X follows a group of adult filmmakers in the late 70s who head to rural Texas to shoot a movie. While staying at an old farmhouse, they try to keep their project a secret, but elderly hosts Pearl and Howard (Stephen Ure) catch them in the act and murder them one by one. Pearl, meanwhile, is set some decades earlier, in 1918. In the film, Pearl is shown living with her parents in the same house where the massacre of X eventually takes place.

As shown by the trailer, Pearl’s father is ill, and her devout mother is cruel. All she wants is to leave the farm and “be special, dancing up on the screen like the pretty girls in the pictures.” She’s so desperate to achieve this dream, in fact, that she’s willing to kill for it, as she’s shown contemplating feeding her father to the crocodiles and wielding a pitchfork. In many ways, Pearl isn’t so different from Maxine. West acknowledges this and told Fangoria:

I love that with the character of Pearl that Mia was able to create a villain character that wasn’t going to be a normal villain, and I love how she gave this character some humanity to her which is what that movie [Pearl] hangs on.

Clearly, the film is going to showcase Pearl’s origins, but fans will have to wait and see exactly what twists and turns Pearl has in store.

Leading lady Mia Goth is no stranger to the horror genre. Aside from X, Goth previously starred in Gore Verbinski’s A Cure for Wellness and Luca Guadagnino’s Suspiria remake. Her performance in the latter attracted critical praise, and the movie itself won the Robert Alman Prize at the Independent Spirit Awards.

Joining Goth in Pearl are actors David Corenswet (The Politician, Hollywood), Tandi Wright (Nothing Trivial, The Returned), Matthew Sunderland (Out of the Blue, The Nightingale), and Emma Jenkins-Purro (The Brokenwood Mysteries, Bygones). All have unspecified roles, but it appears from the trailer that Wright and Sunderland will play Pearl’s mother and father, respectively, and Jenkins-Purro will play her competition. Considering the strong performances in all the actors’ histories, there are high hopes that this film won’t disappoint.

Ti West wrote and directed Pearl with Goth assisting as co-writer. West told various sources that in the months leading up to filming X, he and Goth developed Pearl together over FaceTime, not knowing if it would go anywhere. Fortunately, A24 — who will co-produce Pearl with Little Lamb Productions — gave the project the thumbs up, and quarantine made it possible. Ti West is known for his low-budget horror movies, including The House of the Devil and The Innkeepers. His last movie before X was the Western thriller In a Valley of Violence, and is an outlier in his filmography.

Tyler Bates and Timothy Williams provide the music for Pearl, with Elliot Rockett returning as cinematographer. Despite the returning crew, audiences can expect Pearl to look very different from X. As West told Bloody Disgusting:

“In the way that X is affected, let’s say by 1970s horror independent filmmaking and Americana cinema, Pearl is influenced by a very different era of filmmaking.”

Elsewhere, West cites Douglas Sirk melodramas as an inspiration. Sirk was a German-American director and a fixture in Old Hollywood, having been most popular in the 1950s.

Pearl will have its world premiere at the 79th Venice International Film Festival in September 2022 and is set for theatrical release on September 16. There are only six months between X and Pearl, and it may come as a surprise that West is already thinking about a third film to add to the building saga. As he told IndieWire in a recent interview:

“I’m trying to build a world out of all this, like people do these days … You can’t make a slasher movie without a bunch of sequels.”

Mia Goth also has another project lined up, the sci-fi thriller Infinity Pool. Written and directed by Brandon Cronenberg, Infinity Pool follows wealthy couple James (Alexander Skarsgård) and Em Foster (Goth) who are vacationing on the fictional island of La Tolqa, where they encounter the hedonistic subculture and surreal horrors underpinning their lavish beach resort. Little else is known about the movie, so stay tuned for updates.

Peaky Blinders Season 6: Actor confirms what was suspected about Aunt...

The upcoming South Park game should balance the presentation of the...