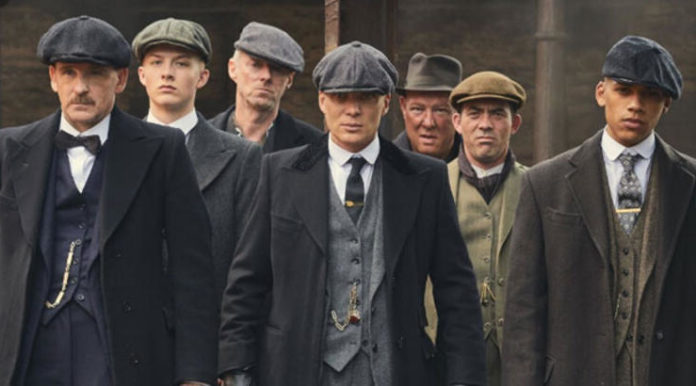 The director of season 6 of Peaky Blinders has just announced good news to fans. The episodes would be in pre-production

Except for Game of Thrones , fans of the series have never waited so much for the release of a new season. Indeed, season 6 of Peaky Blinders has been firmly awaited for a few months. At the same time, with such an ending in Season 5, we couldn’t help but be impatient to find out what happens next for the Shelby family . Well fans of Tommy, Arthur, or Polly will be delighted. The new episodes would be in pre-production.

But who says pre-production, does not really say release in the coming weeks. No, Season 6 of Peaky Blinders was indeed written, certainly, and the first episode already has its name, certainly still, but nothing is still in the box. Hence the term pre-production. But it is still reassuring. Because the director and his team would therefore work on the following stories from the Birmingham gang . This is in any case what Steve Knight just made clear on his Instagram account.

The director of Peaky Blinders season 6, posting a snapshot of the script of the first episode, to prove to the fans of “F * cking Peaky Blinders” that we will know what happens to Tommy after his failed “coup” against its far-right rivals.

STEVE KNIGHT “TEASE” SEASON 6 OF PEAKY BLINDERS
We may not have told you at the beginning of the article, but it of course contains some spoils. Well, better not to read what will follow if you are not up to date. As we told you, Season 5 of Peaky Blinders ended rather badly for the Shelby gang and its allies. With the death, in particular, of Aberama Gold and Barney in the last episode . Endangering Tommy’s plans. This is why, since the end of this season, everyone has been impatiently waiting for 6.

According to the cliché of the director of Peaky Blinders , the start of this season is not going to be very happy according to the title of the first episode. The latter, titled Black Day , does not bode well for the famous Birmingham gang afterwards.

But the most important thing remains the fact that we now know that the sequel to Peaky Blinders is finally filming . It only remains to be patient before discovering the next episodes. The latter, despite not having to be able to arrive before 2021…

Nabilla a coronavirus because of Manon Marsault?