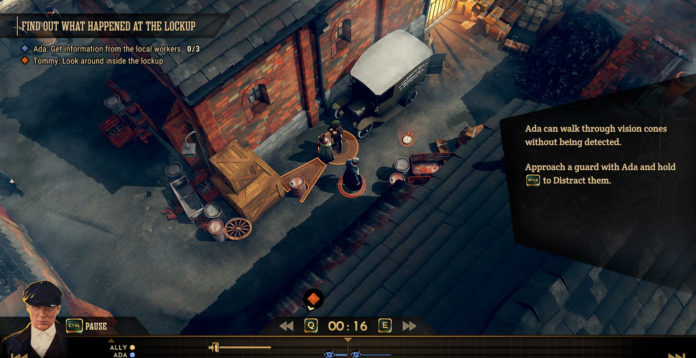 Peaky Blinders: The game of Peaky Blinders, one of the most closely watched TV series today, is officially announced today. The puzzle type game includes all 6 members of the Shelby family.

Peaky Blinders, which is among the popular productions of today, manages to attract the audience with its atmosphere and story. That beloved production will be on our screens this time as a game. Peaky Blinders: Mastermind, which is broadcast by Curve Digital and developed by Futurlab, was officially announced today.

Peaky Blinders: Mastermind, which will introduce the universe of Peaky Blinders to players, will be a production that combines puzzle and adventure genres. In the game, 6 members of the Shelby family will be controlled at the same time, and players will challenge their mind to reach the goal in each level. The game will focus on your successful robbery.

Peaky Blinders game in puzzle type:
Peaky Blinders: It is up to the player how to complete a chapter in Mastermind. In the game, which is full of interesting gameplay mechanics, players will be able to complete an episode either violently, silently, or in a way that the two are blended.

Each Shelby family member will have a different feature in the game. While Tommy is at the forefront of threat, Arthur will be at the forefront of kicking and fighting. Polly in theft and unlocking; John is in arson and fight; Ada, in distraction; Finn will be seen as an expert in stealth movement and side cut. As can be understood from the features, players will have to use each feature effectively to successfully complete the levels.

Peaky Blinders: Mastermind will tell the story that develops in the period after the first season of the series it got its name from. So the story will pass in the days when the Shelby family had an opportunity to upgrade the crime empire. The game, which will be released in the summer, will be playable on PlayStation 4, Xbox One, Nintendo Switch and PC platforms. You can use this link to add the game to your Steam wish list. You can also watch the first published video of the game below.

Neo Geo Mini wins in partnership with SNK and Xiaomi