Home Entertainment Peacemaker: Jennifer Holland Shares The Creative Process That Led Her To Be... 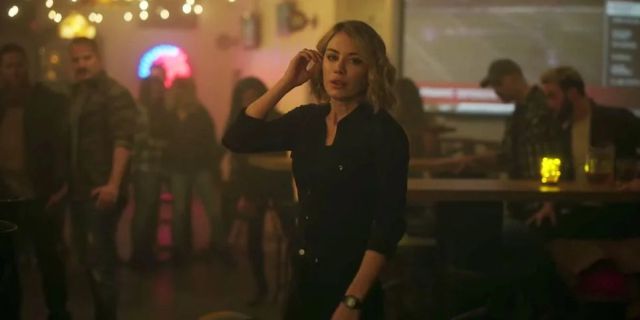 Peacemaker: The series, which is already available on HBO MAX, has the American actress in the skin of one of the main protagonists. Peacemaker, the long-awaited series by James Gunn that premiered on January 13 on HBO MAX, features Jennifer Holland in the role of Emilia Harcourt, one of the main protagonists. Recently, the American actress has reflected both on the evolution of her career, and on her role in the series in question. At the top of this news you can see it in action in one of the most crazy opening of 2022.

From artistic gymnastics to being Emilia Harcourt

Holland says he is not clear about what his interest in the profession was due to, a step that was part of “many things during the course” of his life, and that was probably driven by the desire to do “something that no one had done before” nor in his environment, nor in his family. Another element that she highlights is “the feeling of instant gratification” that she felt when she did artistic gymnastics.

Regarding the fact of working playing Emilia Hartcour, the actress explains that it was “a challenge” to put herself in the character’s skin again, taking into account that the great difference between her role in The Suicide Squad and the one she plays in the James Gunn series. She also claims that the Emilia Harcourt we know in the comics or the movie “isn’t as strong a person” as she is in Peacemaker,

The first season, which is already available on HBO MAX and focuses on the origins of the charismatic character and his tireless fight for peace, consists of 8 episodes. John Cena plays the protagonist, while the aforementioned Jennifer Holland does the same with Emilia Harcourt, whom we met in The Suicide Squad (2021).

Peacemaker is available in the HBO MAX catalog. The platform is compatible with Smart TV, mobile devices and consoles.

Charlie Cox Says That If He Returns As Daredevil It Would...