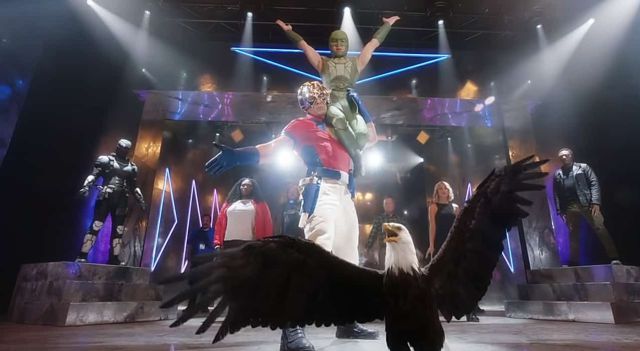 Peacemaker: The creator of the celebrated and successful DC series for HBO Max echoes a publication with which we can learn the steps of the Peacemaker. Among the many brilliant aspects of Peacemaker, the successful and celebrated Warner Bros. DC series for HBO Max directed by filmmaker James Gunn and starring John Cena, is the credits scene of each chapter in which its main protagonists perform a fun choreography to the rhythm of Wig Wam’s Do Ya Wanna Taste It. A full intro that you can see on these lines and that we can now learn to dance thanks to the steps that James Gunn himself has shared on social networks.

Learn to dance the choreography of El Pacificador

Thus, James Gunn himself has shared an image created by a fan through his official Twitter account, wondering where the image comes from and thanking the author for performing the steps of the Peacemaker choreography. “I don’t know where this came from but thanks,” Gunn wrote. And it is that the intro of the series is one of the few that is not worth skipping because of how funny it is to see its protagonists dancing with a serious face while such a catchy rock melody by the Norwegian band Wig Wam sounds. Band, by the way, whose songs have been at the top of iTunes in terms of reproductions during the 8 weeks of Peacemaker’s broadcast.

I don’t know where this came from but thanks. #Peacemaker pic.twitter.com/Sk4H0Mi5Es

Now, and thanks to this detailed Peacemaker choreography, we can learn the steps performed by John Cena and the rest of the protagonists of the series; although surely we do not have the grace that all of them demonstrate.

Peacemaker will return soon for a second season already confirmed by the director himself and that will once again have, at a minimum, John Cena as the popular DC Comics antihero, again, in charge of James Gunn, who will be in charge of writing and directing all the new episodes.

You: What we suspected about the change in history that the...