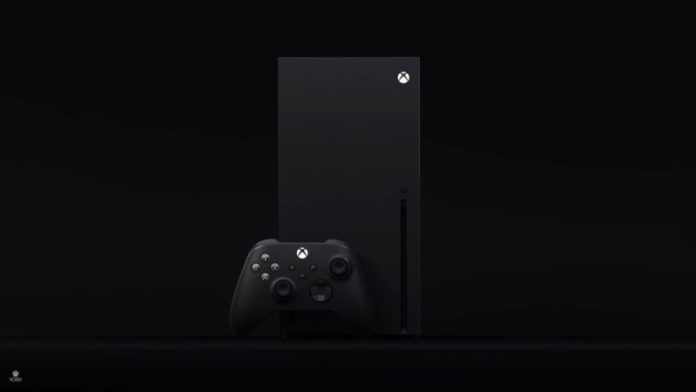 The Xbox Series X had its specifications revealed by Microsoft recently. The console’s technical data points to a powerful device, highlighting the support for features like Ray Tracing via hardware, a state-of-the-art AMD processor and a high-speed SSD with performance. Playing a computer with similar hardware is not an easy task, since the components used in the new Xbox are not cheap: an equivalent video card, for example, reaches R $ 4 thousand. Check below how much it costs to build a gaming PC to compete with the Xbox Series X.

Processor: Ryzen 7 3700X – R $ 1,999
Microsoft has confirmed that it will use an AMD processor derived from the same Ryzen architecture found on the brand’s CPUs for computers. On the Xbox, the processor has eight processing cores and offers a total of 16 threads, with the possibility of running at 3.8 GHz for using the eight cores, or at 3.6 GHz when using 16 threads.

In the brand’s current portfolio, the processor most similar to this profile is the Ryzen 7 3700X. It is an octa-core that, like the unit customized for Microsoft, offers 16 threads. At the moment, the component is found for R $ 1,999 in the Brazilian market.

In terms of speed, Ryzen runs at 3.6 GHz, but accelerates to 4.4 GHz with the turbo powered. This is an interesting difference in relation to the Xbox hardware: as it is a more integrated platform, Microsoft can fix the processor clock and not worry about speed fluctuations according to the temperature, a reality that affects a lot of PCs. in summary, the Ryzen 7 3700X can be faster when in ideal temperature conditions, something that is not always possible – especially considering the heat stress.

Graphics: GeForce RTX 2080 – R $ 3,799
Microsoft uses a graphics card that, integrated with the processor, is completely developed by the same chip manufacturer. It is, therefore, a Radeon, but a Radeon without analogues on the market: unlike the PC cards that AMD currently develops, the GPU used in the new Xbox Series X has hardware support for Ray Tracing, a feature available only on Nvidia boards so far.

According to Microsoft, the graphics card for the new Xbox delivers 12 teraflops of gross computational performance. This data, added to preliminary tests carried out by the Digital Foundry channel, show that the GPU runs a poorly optimized version of Gears of War 5 in the same graphics configurations and with performance similar to that of a GeForce RTX 2080, from Nvidia.

This model brings several technologies in parallel with the Radeon used in the new Xbox. In addition to Ray Tracing, the component offers Artificial Intelligence to improve graphics, in addition to VRS, a technique that makes the GPU deliver maximum quality only at the points on the screen where you focus. The device from Nvidia can be found in different versions, and the one that appears with the best prices in Brazil – from R $ 3,799 – is the Gigabyte GeForce RTX 2080 Turbo OC.

RAM and storage: another R $ 1,594
Unlike a PC, Microsoft has created an architecture in which RAM is fully integrated and of a unique type, and the consumer does not have direct access to the product. The Xbox Series X will arrive with 16 GB of RAM in the GDDR6 standard, while on PCs the most common memory is DDR4 RAM, which is slower and cheaper. As the GeForce RTX 2080 comes with 8 GB dedicated with the same GDDR6, let’s consider using two 4 GB DDR4 combs, adding up to 8 GB – and closing the 16 GB in total. These two units can cost R $ 360, in the HyperX Fury option of 3,200 MHz.

Regarding storage, the manufacturer also opted for a solution that has no equivalent on PCs. The SSD present in the new Xbox uses a series of techniques and software interfaces to decrease latency and increase reading speed, which should facilitate the developers’ lives. In a way, it would be as if part of the component helps the RAM of the console, something that does not yet exist on computers equipped with AMD processors.

According to Microsoft, Xbox’s NVMe SSD reaches 2.4 GB / s read speeds and double that (4.8 GB / s) under specific conditions. In addition, the sequential recording of the component should reach the 3.75 GB / s range.

For PCs, there is still nothing like it. The Samsung Evo 970, among the best SSDs on the market at the moment, reaches 3.4 GB / s in ideal conditions of use for sequential reading and “only” 2.5 GB / s in sequential data writing. PCIe 4.0 units are even faster, but more difficult to find and tend to be cheaper. A Samsung 970 Evo of 1 TB, to match the capacity promised in the new Xbox, is in the range of R $ 1,324 at the moment.

Motherboard, case and power supply: plus R $ 810
Since the Xbox Series X is a complete package, there is no need to worry about its structure. But, in the case of a PC, it is important to choose the right items. Since the processor is an AMD, the ideal motherboard needs an AM4 socket. As it is not necessary to overclock to match the speed of the Xbox processor, we opted for a more affordable model: the Asus Prime A320M-K, which costs around R $ 329.

To supply the energy required by the system, an EVGA 100-W1-0600-KO 600 Watt power supply should do the job and also offer space for future expansions with more HDs and SSDs, for example. The product is found at R $ 329 in the Brazilian market.

Finally, finding a case that echoes Microsoft’s minimalist design is more difficult. Unlike custom console cooling, the user needs to adopt solutions with a focus on efficiency – which leads to larger, more robust cabinets. An example is the mATX, which promises good quality and price in the range of R $ 130.

Extras
The computer tower is ready, but more expenses need to be considered. If the user does not have a monitor, keyboard and mouse left over, it will be necessary to purchase them. Since the Xbox Series X promises to play games in 4K with ease, the prospect may involve more expensive screens. In addition, it is important to take the operating system into account. If a Windows 10 license is not available, you will need to pay for one to get the most out of your PC.

Total and cost-effective
In our account, the total reaches R $ 7,951, ignoring any additional costs with a mouse, keyboard, monitor or operating system. It is a salty value, but in line with what Microsoft was already indicating about the new console: a premium version, aimed at high performance.

The Xbox Series X marks an important difference compared to the Xbox One of 2013. This time, the manufacturer created a console that is on the same level as a high-end gaming PC, even surpassing some aspects due to exclusive hardware resources. In the last generation, both Microsoft and Sony launched products that have already reached the market with outdated hardware.

Therefore, a gamer PC really capable of surpassing the Xbox in features and specifications can end up much more expensive than the new console, whose price estimates are in the range of US $ 499 to US $ 599, something around R $ 2,518 to R $ 3,022 at the current price. In addition, it is important to remember that prices are lower on the product because Microsoft is able to buy components on a large scale, in addition to offering an integrated design.