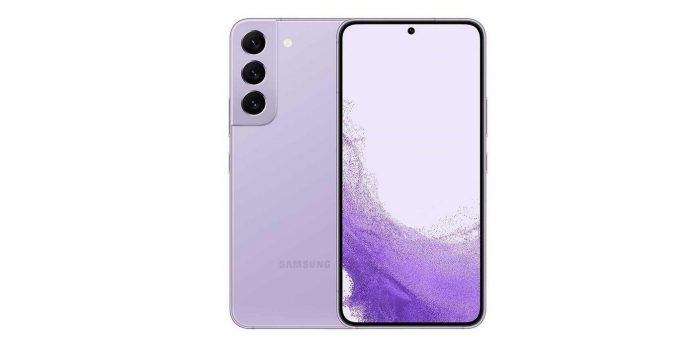 It is reported that Samsung is preparing to introduce a new color scheme Bora Purple for the Galaxy S22 series. While most phones are usually available in multiple colors, many manufacturers update their flagship devices mid-life by introducing new color solutions. Companies believe that this keeps the device relevant and maintains its attractiveness among consumers. It is known that OnePlus introduces new colors for its flagship phones from time to time, and this policy seems to bring rich dividends to the company. Now Samsung also seems to want to take a leaf out of the OnePlus book and offer its current flagships in an updated avatar.

The Galaxy S22, S22 Plus and S22 Ultra were unveiled at Samsung’s big “Galaxy Unpacked” event back in February, and they have since been released worldwide. While Snapdragon-based variants have been launched in the US and South Korea, Exynos models have spread across Europe and much of Asia. The line is headed by the Galaxy S22 Ultra, which replaces the Galaxy Note as Samsung’s most premium phablet after the South Korean firm decided to lift the veil over its Galaxy Note line. The S22 Ultra has all the best features of the Galaxy Note series, including a built-in stylus. The lineup also includes the Galaxy S22 Plus, as well as the vanilla Galaxy S22.

Samsung is expected to unveil its next-generation foldable devices in August, including the Galaxy Z Fold 4 and Galaxy Z Flip 4. However, these may not be the only smartphones announced at next month’s event. Along with these two devices, Samsung may also introduce a new color scheme for the Galaxy S22 series. That’s according to Roland Quandt of WinFuture, who says the Galaxy S22 series may soon be available in “Bora Purple.”

More Samsung hardware will be available in the color Bora Purple

Although the new color is somewhat similar to the special variants of the Galaxy BTS devices released by Samsung last year, it is more muted and has a powdery pastel shade that may appeal to a wider user base. Bora Purple devices should be identical to existing models in terms of their hardware, but it remains to be seen whether Samsung will offer them with all RAM/storage options or limit them to a selection of top models.

DiRT 5 Increases Its Number of Players on Xbox Game Pass:...