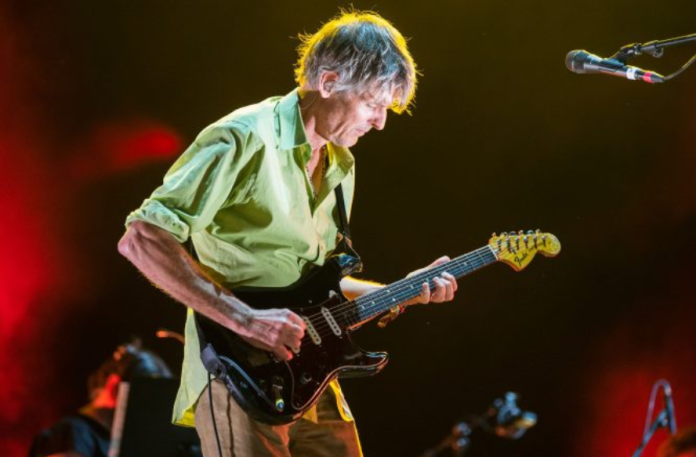 Pavement have announced a new musical based on their 1992 debut studio album “Slanted And Enchanted”.

The official list of the show reads: “The greatness and mystery of Pavement, one of the most unique treasures of rock music, has come to life on the theater stage for an abbreviated, unforgettable stand.”

Details of the plot are currently unknown. Visit here for more information.

Director Perry this year shot a new video for Pavement’s 1999 song “Harness Your Hopes”, which went viral on TikTok in 2020.

The majesty and mystery of Pavement, one of rock music’s most unique treasures, brought to life on the theater stage for an abbreviated, unforgettable stand.
Tickets on sale…nowhttps://t.co/zsVTpnQKH2 pic.twitter.com/dOqESNrUVo

Pavement recently completed a tour of the UK, Ireland and Europe.

Initially, the band announced their return in 2019, booking concerts at Primavera Sound in Barcelona, as well as at a related festival in Portugal. However, due to delays caused by COVID, they played their first reunion in May 2022.

Prior to these concerts, Pavement had not performed together since 2010.

Reflecting on this year’s concerts last month, frontman Stephen Malkmus said the band felt like “a tiger released from a cage.”

Earlier this month, Malkmus told NME that it would be “total disgust” if Pavement recorded new music after the reunion tour.

“No way. These [old] songs are good, they exist in the present,” he said. “It’s just me, everyone can do what they want. This is your life, choose your adventure. If some band wants to record a new album, they like to do it, it’s absolutely cool. But yes, that’s not happening.”

The Witcher: Henry Cavill Asks Fans Not To Throw Coins At...

The perfect replacement for Ezra Miller in The Flash is Wonder...