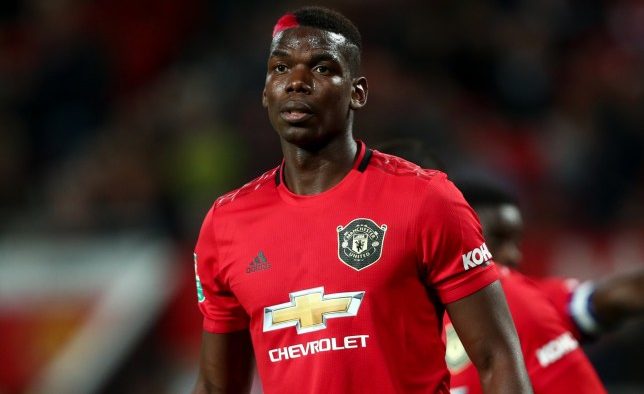 Currently on vacation in Miami with their son, Paul Pogba and his wife Zulay attended an NBA match between the Miami Heat and the Cleveland Cavaliers on November 20, 2019. Lovers were matching for this evening at the AmericanAirlines Arena.

Paul Pogba has been slow to appear, on social networks, with the one who shares his life. But happiness is not always made to be exclusive and can sometimes be shared.

Injured in the ankle for several weeks, the Manchester United player and the France team has plenty of time to travel. His return is announced for the month of December.

On the occasion of the birthday of his wife Zulay, who turned 25, the 26-year-old footballer organized a trip to the United States and more specifically to Miami, Florida. It was on this occasion that he had published a family photo, exposing as rarely their son whose first name has still not been revealed.

Passionate about American basketball, like his teammate of the French team Antoine Griezmann, Paul Pogba took his companion to see his first match on November 20, 2019. The couple attended the match between the Miami Heat and the Cleveland Cavaliers. team of Tristan Thompson, former Khloe Kardashian’s mate. For this evening sport spent at the American Airlines Arena, Paul and Zulay Pogba were perfectly fitting. As evidenced by the photos they shared in their Instagram stories, the lovers both wore pitted jeans. Zulay had opted for a totally white look.

During this Miami vacation, Paul Pogba had the chance to meet Pharrell Williams and one of the Miami Heat’s Jimmy Butler. A meeting that was well worth a small picture.

PAUL AND ZULAY MARRIED?
Paul Pogba and his half never commented on the rumors of marriage. However, there is almost no doubt that the footballer and the pretty Bolivian have united. The first hint to be bugged is the day Zulay changed his name on his Instagram page. Another clue: the huge diamond that the young woman has on the left ring finger. Last clue, the photo posted by Ms. Pogba last June, which was similar to a wedding photo.

Demi Lovato jokes about her rehab