Home Entertainment Paul Newman and Joanne Woodward had to wait for a divorce before... 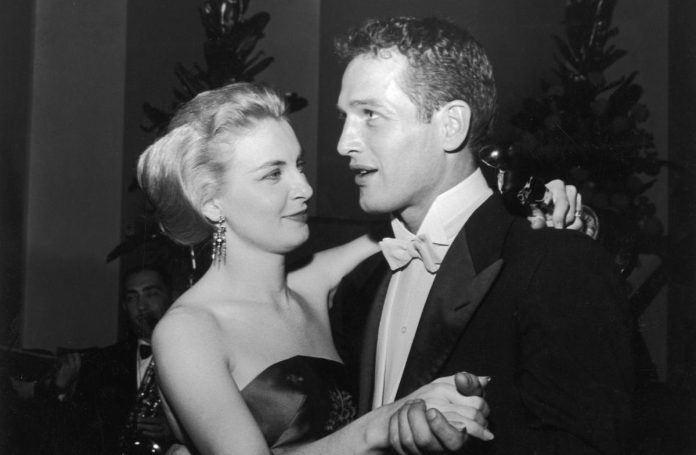 Paul Newman and Joanne Woodward were once the “golden couple” of Hollywood, and their marriage lasted more than 50 years. Their love for each other was evident in every photo of the couple and in every movie they starred in together. But the relationship began in such a way that, according to Newman, he felt “damn guilty.”

Paul Newman and Joanne Woodward met in the summer of 1953.

Newman and Woodward were young 20-year-old actors working on Broadway in New York when they first met in 1953. They had the same agent, and one day they met in his air-conditioned office when both were trying to escape. summer heat.

In an interview with The Today Show, Woodward recalled the first time she saw her future husband and thought he was “just a beautiful face.” On the other hand—as he later explained in Sean Levy’s biography “Paul Newman: A Life”—Newman was absolutely smitten with Woodward. But at the time, he was married to his first wife, Jackie Witte, and they had three children.

As for Woodward, it is rumored that she had a relationship with the writer Gore Vidal. Years later, it turned out that Woodward pretended to be Vidal’s partner to hide his orientation.

Paul Newman had to get divorced before he could marry Joan Woodward.

Later that year, Newman and Woodward starred in the play “Picnic” with Newman in the supporting role and Woodward as a stand-in. On the set, they developed a close platonic relationship. And the play turned out to be so successful that they both went west to Hollywood to start their film careers.

Four years after their first meeting, Newman and Woodward crossed paths again in 1957, when they starred in the film “A Long, Hot Summer.” According to Country Living, the two friends slowly fell in love with each other on set, despite the fact that Newman was still married. Immediately after the filming was completed, Newman divorced Witte.

The “Cold-Blooded Luke” star years later said in his biography that divorcing his first wife for Woodward made him feel “damn guilty.” And that was what he “carries” with him for the rest of his life.

Despite feeling guilty, Newman and Woodward became husband and wife when they married in Las Vegas in January 1958- just a few months after his divorce.

They were together until he died in 2008.

After the wedding, Newman and Woodward settled in a farmhouse in Connecticut and gave birth to three daughters during their long-term marriage. They both continued to work and even starred together in two more films — “Paris Blues” (1961) and “Mr. and Mrs. Bridge” (1990).

There were indeed tumultuous times in their relationship, but in the end the couple were deeply in love with each other. They remained married until Newman’s death in 2008 at the age of 83. According to actor Ansel Elgort, they even kept the edge of their marriage until the very end.

“One day I had a driver and I asked him, ‘Who was your favorite person you’ve ever driven?'” Elgort said in an interview with Town and Country. “He said, ‘The nicest guy was Paul Newman. He was asking me about me, but he also had his wife in the backseat, and this guy was 80 years old and he was kissing his wife. They were just PDA and they were giggling and his arm was around her and he was kissing her.”

Joan Woodward is still alive, she is 92 years old. Since Newman’s death, she has remained out of sight while her daughters fiercely guard her privacy.