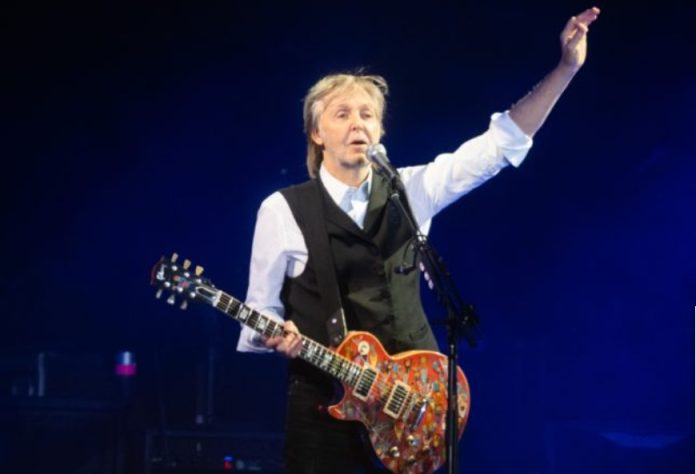 “I’ve always found there’s something exciting about flicking through the crates in a record shop, looking for that next discovery”

Paul McCartney talked about digging boxes in Jamaica and discovering reggae in an excerpt from his new book.

As it became known yesterday (November 10), on December 2, The Beatles will release a new box set on vinyl called “The 7″ Singles”. Limited edition of 3000 copies, the product includes 80 seven-inch singles created personally by McCartney.

“The 7″ Singles” includes 163 tracks, a total of 10 hours of music over McKee’s half-century as a solo artist. In addition, each box contains a randomly selected exclusive test run of one of the singles.

Fans will also receive a 148-page book with a personal introduction by McCartney, an essay by music journalist Rob Sheffield, extensive chart information, annotations and official design according to a press release.

After the announcement of the box set, Rolling Stone published an excerpt from the preface to the book, in which McCartney recalls how he discovered reggae in Jamaica, and how he still loves to find new music in record stores and buy vinyl.

“I’ve always found something exciting about flipping through the drawers in a music store in search of the next discovery,” Macca wrote. “I still like it, and there are some cool independent music stores near my office in London.

“Some of my happiest memories of buying 7-inch singles are associated with a music store in Jamaica, where we went when we were vacationing in Montego Bay. There was a place in town called Tony’s Records on Fustic Road. It was great. There were recordings that you didn’t know about, they weren’t famous artists. So it was a great adventure, just to ask the guy behind the counter, “How’s that? Is that good?” There will be songs with titles like “Lick I Pipe”.

He continued: “The other was called “Poison Pressure” by Byron Lee and the Dragoners, written by Lennon and McCartney. I had to buy that one. Did they just record one of our songs? No. It was something completely different, and we all assumed it could have been a couple of guys named Tony Lennon and Bill McCartney. Either that, or it was a complete scam.”

Further, the singer said that the jukebox in his office “from a scene in the movie “Say Hello to Broad Street”.

“I really liked it, so I talked to the guy who brought it with him and ended up buying it from him,” he explained. “It’s such a sweet vintage thing, and the songs in it — like Little Richard’s “Long Tall Sally” and Elvis Presley’s “Hound Dog” — really take me back to my childhood. All these memories of when we were kids, before the Beatles.

“I hope that the songs in this box will evoke funny and pleasant memories for you. They do for me, and that’s not all…”.

McCartney released his 18th solo studio album “McCartney III” in December 2020. The record completed a trilogy that began with “McCartney” (1970) and “McCartney II” (1980).