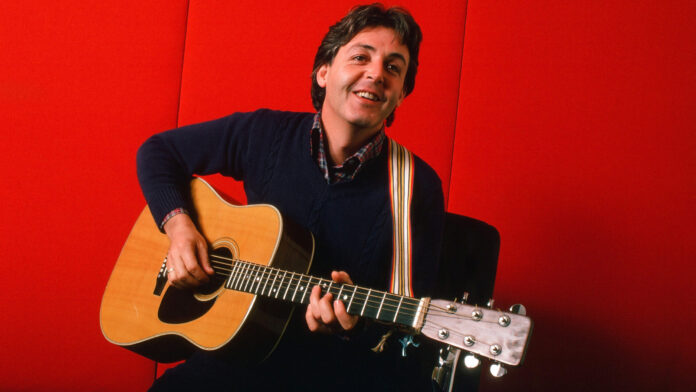 British musician Paul McCartney turns 78 this Thursday, June 18, and as a birthday present he asked people to stop eating meat to protect the lives of animals.

Through a publication on the official site of PETA , the non-profit organization that fights for animal rights, the former Beatle recalled that 10 years have passed of the famous video ” Glass Walls “, which raises awareness about animal abuse in slaughterhouses, and expressed his birthday wish.

All I ever wanted for a birthday is peace on Earth, including animals. That is why this year I beg my fans to watch the video I presented for PETA, titled “Glass Walls,” he said.

He explained that the material, which has accumulated more than 20 million views, was named so because “if the slaughterhouses had glass walls, they would all be vegan.”

The video debuted exactly 10 years ago. Since then, the public has finally had a grasp of what’s going on within the meat industry, and demand for vegan food is booming. “

“All I’ve ever wanted for my birthday is peace on Earth—including for the animals." -Sir @PaulMcCartney

A lot has changed for animals since PETA debuted the legendary Beatle's “Glass Walls” video ten years ago.

His one birthday wish this year is for you to watch it. pic.twitter.com/RxfCxeBNwc

McCartney has become a strong advocate of veganism , denouncing the cruel conditions suffered by animals in slaughterhouses. His late wife Linda and daughter Stella joined the same cause.