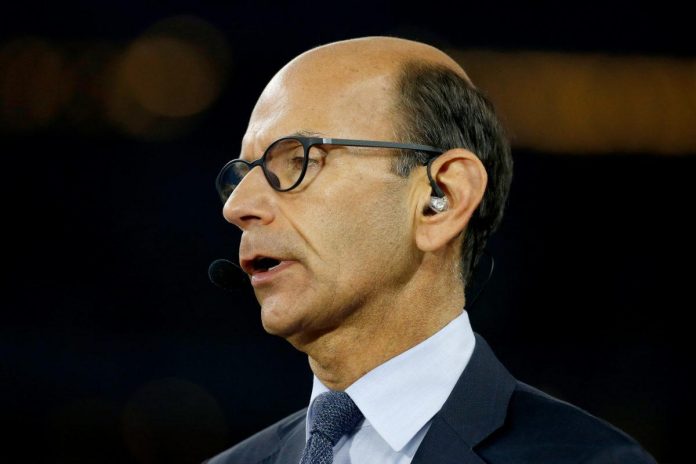 After the landscape of college football underwent a seismic shift when USC and UCLA jumped into the Big Ten, ESPN’s Paul Finebaum tried to make the case that it was time for Clemson to start looking elsewhere.

Switching to “KJM,” Finebaum pointed to the ACC’s current TV deals compared to the SEC and Big Ten deals. To say it’s only a matter of time before Dabo Swinney and the Tigers look for more revenue elsewhere.

If you look four or five years ahead when the new ESPN-SEC deal goes into effect, it hasn’t gone into effect yet when the new deal with the Big Ten [goes into effect]… $125 million to each team in the SEC and the Big Ten. ACC, if you’re lucky, will cost between $45 and $50 million. There is a restriction on these transactions. Right now, the ACC has an agreement with ESPN that runs, I think, until 2034. You can’t change that until Notre Dame jumps into the league. I’m not sure even that will change much because Notre Dame is affiliated with NBC.

Finebaum went on to explain that Clemson may indeed need to make changes to the college football playoff conditions.

It changes the rules of the game. Dabo Swinney, who has the best program in this league, will be ousted. We don’t know where the CFP is going now. You have to think it’s going to come back to the table. There’s so much on the move. You will always see a lot of movement. As you guys know, Oregon and Washington are reportedly eyeing the Big Ten as well. They add a lot of value. No one is USK. Let’s be honest, but they are good. That would leave the Pac-12 with virtually nothing.

The ESPN analyst also mentioned North Carolina and Miami as programs that should take a closer look at the Big Ten or SEC.