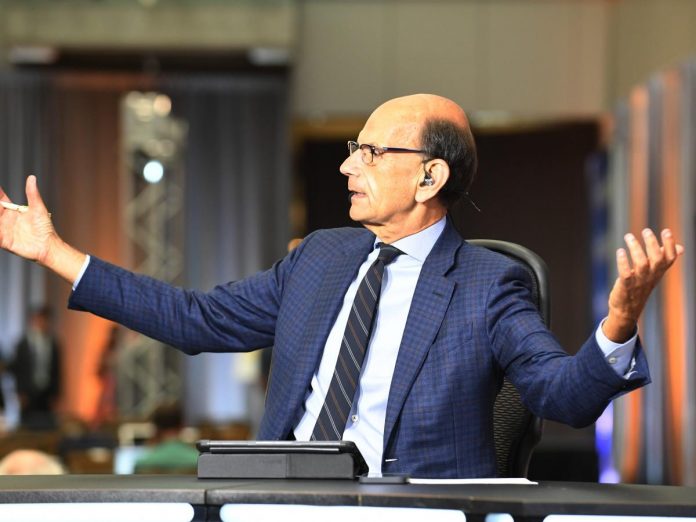 ESPN’s Paul Finebaum never downplays the significance of what he potentially considers a problem. Therefore, on Monday, he addressed what, in his opinion, could be the biggest problem that college football will face in the coming years.

Appearing on McElroy and Cubelic in the Morning, Cole Kubelic asked Finbaum about the recent unionization efforts that Penn State launched last week. Finbaum made it clear that unionization is the “biggest problem” that college football will ever have to face.

Finbaum explained that unionization would lead to a demand for income sharing. Although he does not know if and when there will be a full unification of college football players into unions, he believes that in comparison with this, the controversy around the NIL will seem insignificant.

“Very dangerous, Cole,” Finebaum said via Saturday Down South. “I think what surfaced and what almost happened at Big Ten Media Days is the future of sports… but we think NIL is a problem, and it’s a terrible problem, and everyone from Nick Saban down came to Media Days repeating and spewing what they’ve already said it. But I think the biggest problem facing college football is unionization, and when that happens, the demand for income distribution. I think that what is about to happen, and I can’t tell you whether it will be this year, or next, or in 5-10 years, will make NIL look like nursery rhymes.”

The situation in the state of Pennsylvania is not entirely related to unionization, and it was explained that this is an association representing the interests of players. But this is in the eyes of many, this difference is no difference.

In the past, attempts were made here and there to unite players into separate universities. But nothing like this exists at the national level.

Finebaum is right about one thing: the unification of college football clubs will cause a cosmic shift in sports, compared to which all other changes will seem superficial.

But is unionization the biggest problem facing sports right now?