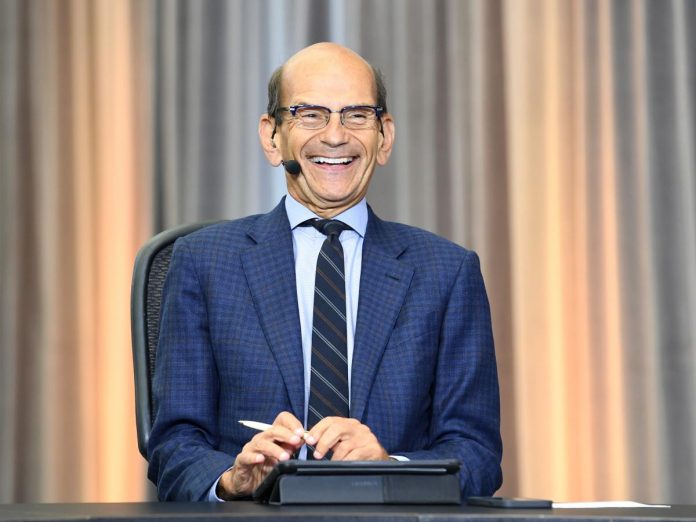 The AP Top 25 preseason poll was released Monday, which was another sign that the college football season is just around the corner.

After the poll was published, ESPN’s Paul Finebaum tore into Notre Dame and called it an “absolute joke” that the school was in the top five.

“They shouldn’t even be in the top 10, Greenie,” Finebaum said via On3. “It’s an absolute joke, and it happens every year with an AP poll that’s as useless as an NFL preseason football. It’s ridiculous.”

Finebaum added that the program will be lucky if it goes 9-3 this season, as it will play Ohio State, Clemson, USC and North Carolina this season.

The Fighting Irish will face the Buckeyes in Columbus on September 3 to open the college football season.

This will be the first chance for the first to make Finebaum eat a few of his words.