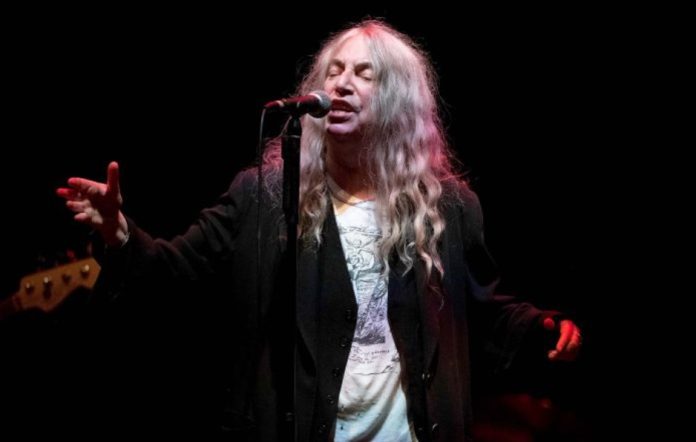 The controversial track was included on Smith’s 1978 album Easter.

The controversial track from Patti Smith Group’s 1978 album “Easter” is no longer available on Spotify, Apple Music, Tidal and Amazon Music, according to Rolling Stone, however the exact date of the song’s deletion and Smith’s involvement is currently unknown.

The song is still available on physical copies of “Easter”, which includes “Because The Night”, one of Smith’s most popular hits. Smith co-wrote “Rock N Roll N****r” with guitarist Lenny Kaye. In the album notes, she wrote: “N****r didn’t come up with the color, it was made for the plague.” She continued: “The word (art) has to be redefined — all mutants and newborns born without eyebrows and tonsils… any man who goes beyond the classical form is a nigga.”

In the song, Smith uses a racial slur to describe several figures, including Jimi Hendrix, Jackson Pollack, Jesus Christ, “grandma”. Smith hasn’t performed this song live since 2019, but this track has been on her setlist for decades.

Other artists have covered the track, including Marilyn Manson and Courtney Love. Trent Reznor remixed this song and included it in the soundtrack to the movie “Natural Born Killers” in 1994.

Earlier this month, Smith announced that she would be releasing a new book inspired by her official Instagram account, A Book Of Days. The book will include more than 365 photographs capturing “Smith’s life on and off the road” over the course of one year. It is due to be released on November 15th via Penguin Random House (pre-order here).

In addition, Smith announced two concerts with her band at Brooklyn Steel in New York on December 29 and 30, her 76th birthday. Tickets for the new show went on sale here. Earlier this year, Patti Smith announced that she plans to release “another album.” Her 11th and last full-length album “Banga” was released back in 2012.