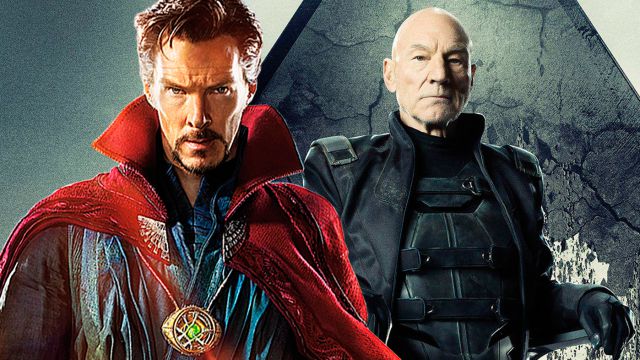 Patrick Stewart: The veteran actor neither confirms nor denies that it is his voice that appears in the new trailer for Doctor Strange in the Multiverse of Madness. After the stir caused by the second trailer for Doctor Strange in the Multiverse of Madness, the protagonist of the cameo that suggests the return of Charles Xavier from Fox’s X-Men, Patrick Stewart, has spoken about his presence (or not) in the next Marvel Studios movie, all to keep the mystery about his return as Professor X as part of Marvel’s Illuminati. In addition, the total duration of the new Sam Raimi film as part of the UCM has been confirmed.

Will Charles Xavier from the X-Men appear?

And it is that at a specific moment in the second trailer for Doctor Strange in the Multiverse of Madness, Doctor Strange is arrested and presented before a court that seems to be the Illuminati in the UCM. And one of them seems to be Professor X of the X-Men from the Fox saga, played again by Patrick Stewart. Now, the actor has spoken about his supposed cameo: “I don’t watch social networks much, but before I went to bed on Sunday night I received a lot of messages from friends and people I don’t even know referring to the trailer and asking me ‘ah !, is that you?’” explains Patrick Stewart.

“Of course I was just at home waiting to watch some football, how could that be me? We’ll have to wait to see it, right? People have been imitating my voice since I first stepped on stage 60 years ago. I can’t take responsibility for that. If we hadn’t done Logan then yeah, he’d probably be ready to get back in that wheelchair. But Logan changed everything, “concludes the actor, avoiding talking more about the subject.

Of course, the presence of Patrick Stewart seems more than evident, the first cameo of many that will apparently include Doctor Strange’s travels through the multiverse. On the other hand, it has been confirmed that Doctor Strange in the Multiverse of Madness will have a total duration of 130 minutes, or what is the same, 2 hours and 10 minutes, a more contained footage than usual compared to other recent crossovers Marvel, closer to three hours.