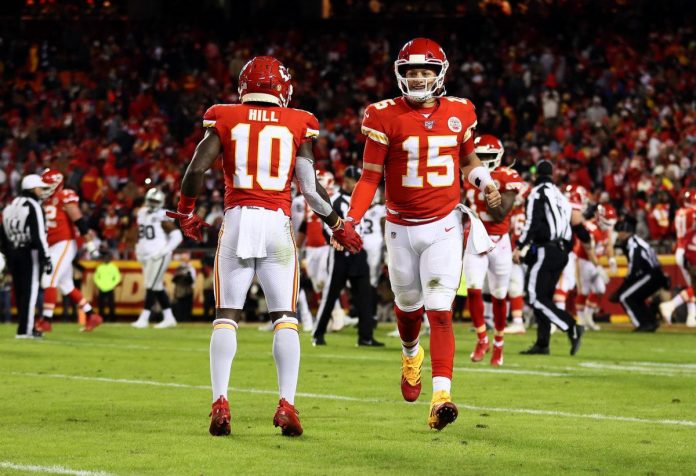 During the first episode of his new podcast It Needed To Be Said, superstar receiver Tyreek Hill explained that he feels “underused” and “underappreciated” by his former Chiefs team.

He said these things eventually led to a relationship that “fell apart” in Kansas City.

Chiefs quarterback Patrick Mahomes shared his reaction to these comments on Thursday.

The NFL world reacted to Mahomes’ response on Twitter.

“One of the things I respect most about Patrick is his ability to say the right things. KC is so lucky to have this incredibly talented, damn smart QB in our community,” one fan wrote.

The Chiefs traded Hill to the Dolphins earlier this offseason, deciding to go with an influx of draft picks instead of paying the star receiver at the maximum market price. The six-time pro bowler has signed a four-year, $120 million contract with Miami.

In addition to his comments about the Chiefs organization, Hill also made headlines when he said his new quarterback Tua Tagovailoa is more accurate than Mahomes.