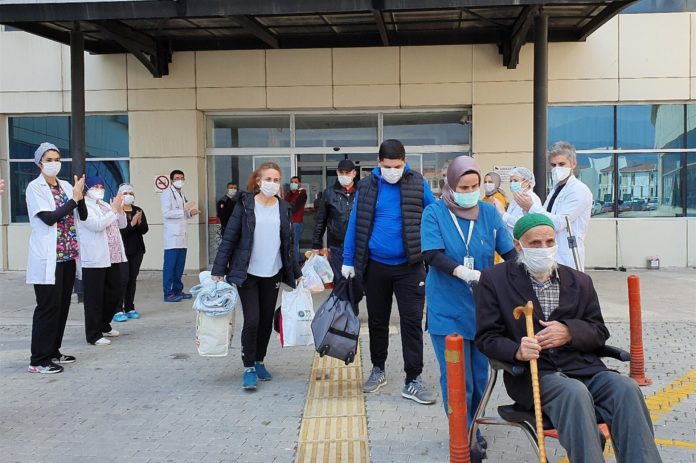 Some patients with coronavirus and the doctors treating them say that the disease, which is thought to have passed, again causes shortness of breath and pain. Patients record that they struggled again and sometimes with worse symptoms when they think they have recovered.

The new type of coronavirus (COVID-19) epidemic that has spread to the world after the appearance of Wuhan city in the People’s Republic of China and has caused the death of 112,241 people so far, and the symptoms of the disease appear again and more severely immediately after the symptoms of recovery appear. They state that they can come out.

Some of the people who have caught COVID-19 in the world share their experiences and symptoms with others. One of the results of these shares is that the symptoms of the disease differ from person to person, but one of the general relatively common features is the situation that is described as the second week collapse. In other words, patients and the doctors who treat them think that the healing process has been entered, but in the second week the symptoms reappear.

Second week collapse
Experts cannot explain why some patients suffered a second week collapse. Symptoms seen in such patients are high fever, shortness of breath and excessive fatigue. Aria Bendix, a 27-year-old science journalist, for example, says that mild-onset disease symptoms turn into more severe symptoms a week later. The young woman, who said that she only had body aches in the first place, states that tremors started after 24 hours. “As if I was running a marathon and then crushed by a car,” says Bendix.

Bendix, whose symptoms subsided after a few days, thought he was on the way to recovery, but then pain in the rib cage started. The journalist, who thinks that someone is squeezing his lungs like an accordion, has had breathing difficulties. Doctors told the woman going to the emergency room that they would not be able to test, but her symptoms indicated COVID-19. Bendix started to recover only at the end of the week. At this stage, she began to feel sore throat and had difficulty eating and drinking for 24 hours. The pain returned on the 14th day of his symptoms. Although Bendix finally felt normal on April 5, sore throat and fatigue continued.

Another journalist, South Florida Sun Sentinel Rosemary O’Hara, felt that she needed an oxygen mask during the second week of her illness. When the first symptoms appeared, O’Hara, who went to the doctor, was diagnosed with pneumonia and was given antibiotics. Using her medication, O’Hara started to feel better after 10 days but worsened afterwards. Interestingly, O’Hara’s test was negative 14 days after symptoms, but the journalist says he doesn’t trust the results of this test.

Kane, who lives in Snohomish County in Washington, also watched in shock how her 55-year-old husband Chris, who does not smoke and has no known illness, has become a serious case. After a week of dry cough, stuffiness and stuffiness, Chris was diagnosed with COVID-19 and was given oxygen support. Chris is currently free of his illness.

According to John Craven, 41, the coronavirus thinks you’re healing and cheats on you. Craven, who felt well on the fifth day of the first symptoms, then worsened, fever and dizziness began. Craven was unable to test, but believes it is COVID-19. Michelle Gong, a medical expert from New York City, points out that respiratory failure occurs 7 days after the onset of symptoms. Dr. of North Carolina Christopher Ohl also notes that when the patients think that they have recovered, the disease returns.

A Major Problem Occurred in Voyager 2 Outside the Solar System